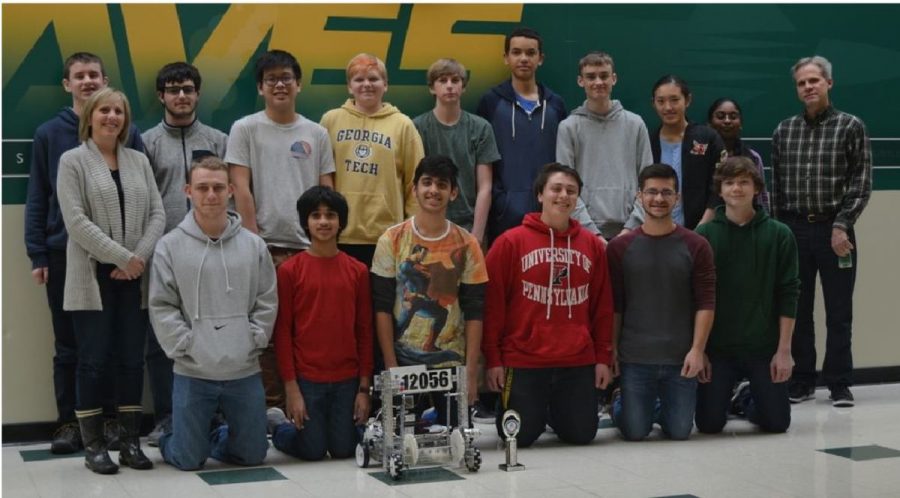 All photos courtesy of Adam Pelberg.

SHS offers numerous clubs, sports, and activities, but that does not mean more cannot be created. Junior Adam Pelberg took initiative creating his own club and is conquering his second year as President of the Robotics Team.

Growing up, Pelberg always had a passion for robotics.

“In fourth grade, I participated in Robotics at Blue Ash Elementary and absolutely fell in love with it. When I came to the high school, I really wanted to bring my love of robotics and engineering to others and build up Sycamore’s STEM presence in the process,” Pelberg said.

The Robotics Team was created by Pelberg, the team president, and co-founded with junior Nicholas McDonough in September of 2016.

Last year, the team consisted of 13 team members and three mentors, and it has grown to its current 19 team members and five mentors. The team is looking to expand next year and is considering adding another team.

Meeting multiple times throughout the week, the team has a lot to accomplish including preparing for competition.

“The Robotics Team competes in FIRST Tech Challenge, which is sponsored by a non-profit called FIRST (For Inspiration and Recognition of Science and Technology). FIRST sponsors robotics competitions for k-12. We are in the second highest level,” Pelberg said.

The team also hopes to advance to further levels in the competition.

“FTC Robots are about the size of a microwave oven and play a floor game in an alliance format. The season starts in the beginning of September, and our first competitions are in January. If we do well, we could move on to state, regionals, and even world levels in Detroit,” Pelberg said.

Amidst all of this, Pelberg’s desire to become an engineer has only been reaffirmed.

Furthermore, Pelberg hopes to help others learn to fall in love with STEM just as he did.

“I hope that I can empower others to pursue a career in STEM as well, or at least try it out.

“Ultimately, I’d like the team to still be going strong in ten, or even 20 years, and I’ll hopefully still be building awareness for STEM education,” Pelberg said.