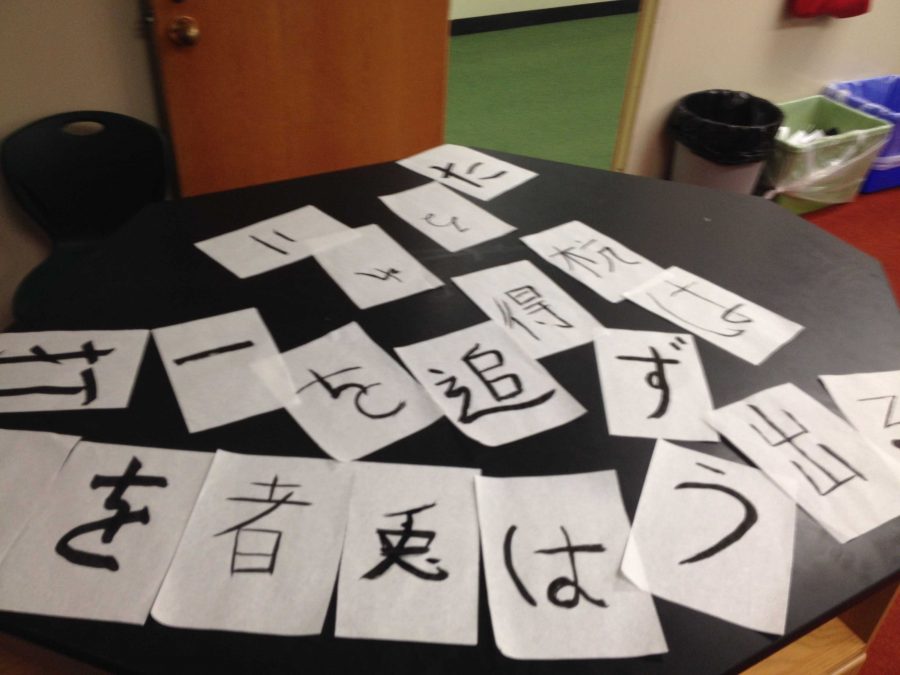 This picture was taken on Japanese Club’s calligraphy day .The photo above shows the students Japanese characters as they practiced a phrase that was written in Japanese on the board. The phrase was a Japanese saying that roughly translates to “If you chase two rabbits in two different directions, you won’t catch either of them.”

Meeting in room 134 with their sponsor Mr. Taylor Tootle, Japanese Club is a great extracurricular activity open to anyone willing to learn. You do not even have to know Japanese to join the club.

“[Japanese Club] used to be language based, but since the Japanese program is fading out of the district, the club has become more culturally based,” senior Marie Fort said.

Japanese Club runs all year and they meet after school on Mon. They have a selection of days themed as different Japanese culture days, such as calligraphy day, cosplay visual day, and Japanese art day.

“We have various days, but my favorites are cosplay day and take out days,” junior Grace Gore said.

Also, the club is completely student run, other than having a teacher sponsor. The members of the club’s committee work hard to give the group the best Japanese Club experience they can.

“Mr. Tootle is our advisor, but after that the board runs the club,” Fort said.

It is clear that this group of hard working students are devoted and passionate about learning about different cultures, and they are excited to start a new year of Japanese Club.