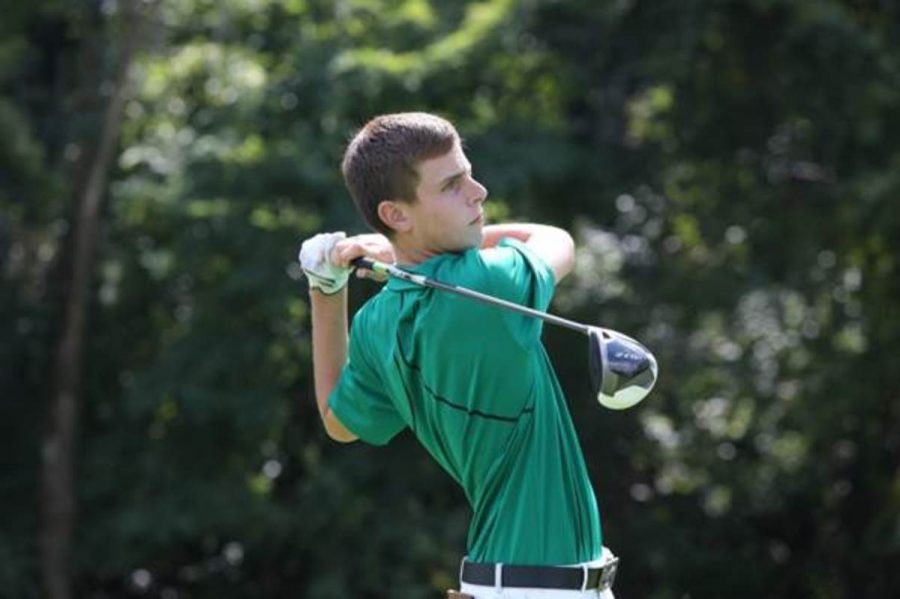 Senior Ryan Wessinger, member of Varsity Gold Golf Team, finishes his drive. He’s practicing to make it perfect for the upcoming GMC event where they plan on being a definite threat.

The Boys Varsity Golf Team competed in the Greater Miami Conference (GMC) Tournament on Sept. 17 and 18.  The tournament is split up into two days.  Each day, a team of six players is sent to compete, combining the scores from both days.

The first day, the team scored a collective score of 341, placing them at sixth out of the 10 attending schools.

“I was feeling pretty down going into the tournament at that point, but I still tried to make the best of the situation,” freshman Victor Lim said.

The following day, the second squad went into the tournament at a disadvantage starting in sxith place, but was able to pull it up to fourth by the end of the day.

“Yeah, we finished in fourth, but I think we did pretty well considering where we started,” Lim said.

The schools that placed above Sycamore were Mason, Lakota East and Fairfield.