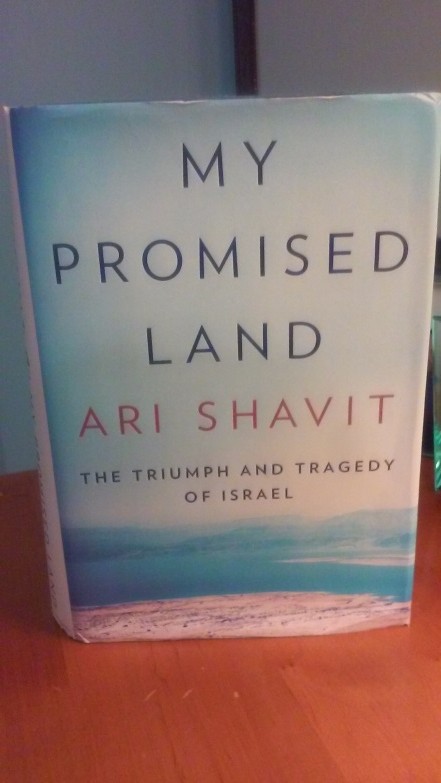 Ari Shavit, an acclaimed Israeli writer, published 'My Promised Land: The Triumph and Tragedy of Israel' in 2013. On Oct. 28, Shavit spoke at the Mayerson Jewish Community Center (JCC). Topics addressed ranged from America’s mistakes in the Middle East to Israel’s need for a new, more realistic peace approach.

Columnist and reporter Ari Shavit spoke at the Mayerson Jewish Community Center (JCC) on Oct. 28.  Shavit is the author of ‘My Promised Land: The Triumph and Tragedy of Israel.’

The inside cover reads, “An authoritative and deeply personal narrative history of the State of Israel, by one of the most influential journalists writing about the Middle East today.”

The book won numerous awards and made the New York Times Bestseller list.

“I’ve been waiting most of my adult life for an Israeli to plumb the deepest mysteries of his country’s existence and share his discoveries, and Ari Shavit does so brilliantly, writing simultaneously like a poet and a prophet,” said national correspondent for “The Atlantic,” Jeffrey Goldberg, on the back of ‘My Promised Land.’

The event at the JCC was coordinated through Hebrew Union College and the American Israel Public Affairs Committee.

“It was really interesting to hear his opinion about the world and the future and it really makes me think about how bad ISIS and similar groups are,” said junior Tyler Miller.

Click here to read one of Shavit’s recent articles.