Running into season with determination 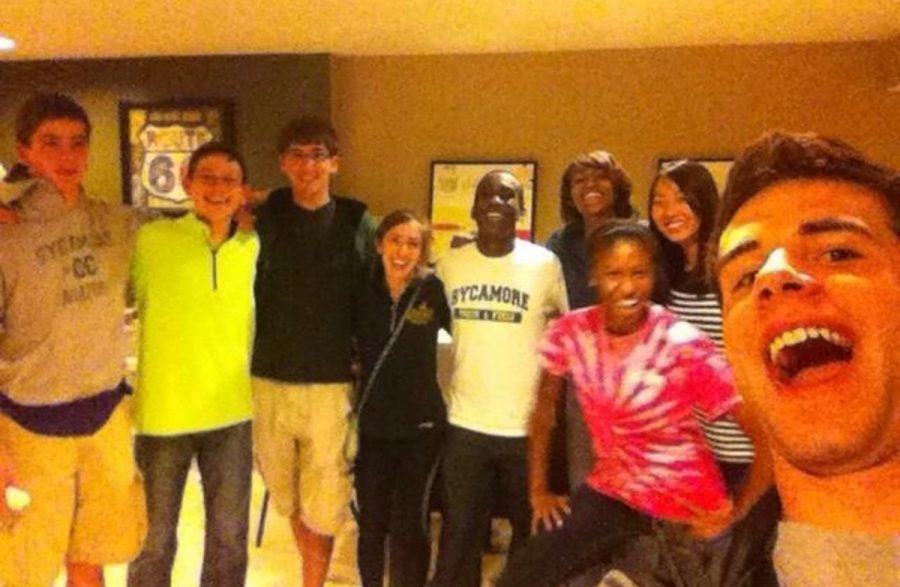 Last year’s team were big supporters of team bonding and spending time with one another both on and off the track. At one of the pasta parties held before a big meet the runners have a good time and take a selfie.

As conditioning for winter track carries on, the runners eagerly await the winter season that starts on Nov. 17.  This season can prove to be vital in enhancing their performance level for the spring season. Coming into the season strong, conditioned, and with a fair amount of competitiveness often gives these athletes a head start on their opponents.

“The greatest difference between winter and spring track to me is that in winter track we lift more to get stronger for spring track and our meets in the winter last all day,” junior and runner Micah Luke said.

More often than not winter track is home to the runners with high levels of dedication and passion for the sport. This is the case because instead of choosing another sport for the winter season, they choose track and for the majority of the winter team, that means not just one but two seasons of their time given to perfect their events.

“I personally love to compete and track is the one and only sport I do. Doing winter track will bring me to the next level and keeps me ahead of the game opposed to the others that wait until spring,” junior and runner Jeramiah Hunter said.

Along with longer meets and more intense strengthening sessions, upperclassmen runners expect the winter track season to be more physically straining than the actual spring season for which they are preparing.

“The competition is much fiercer because instead of eight or nine teams that are local it is every team from the state that can come out and race you. They are some of the best in state and working hard to get there will make you and your team better,” Hunter said.

With these harder obstacles the runners have found themselves closer than ever to their common goals (to win and improve) and extra time together in the exceptionally lengthy meets.

“I think it is a good idea to set goals and encourage my team mates to set goals before the season starts or during the season. I set goals myself over the season, but what I don’t suggest is being too hard on yourself when you don’t reach your goals, because you are closer than you think,”  senior and runner Lisa Ruffin said.