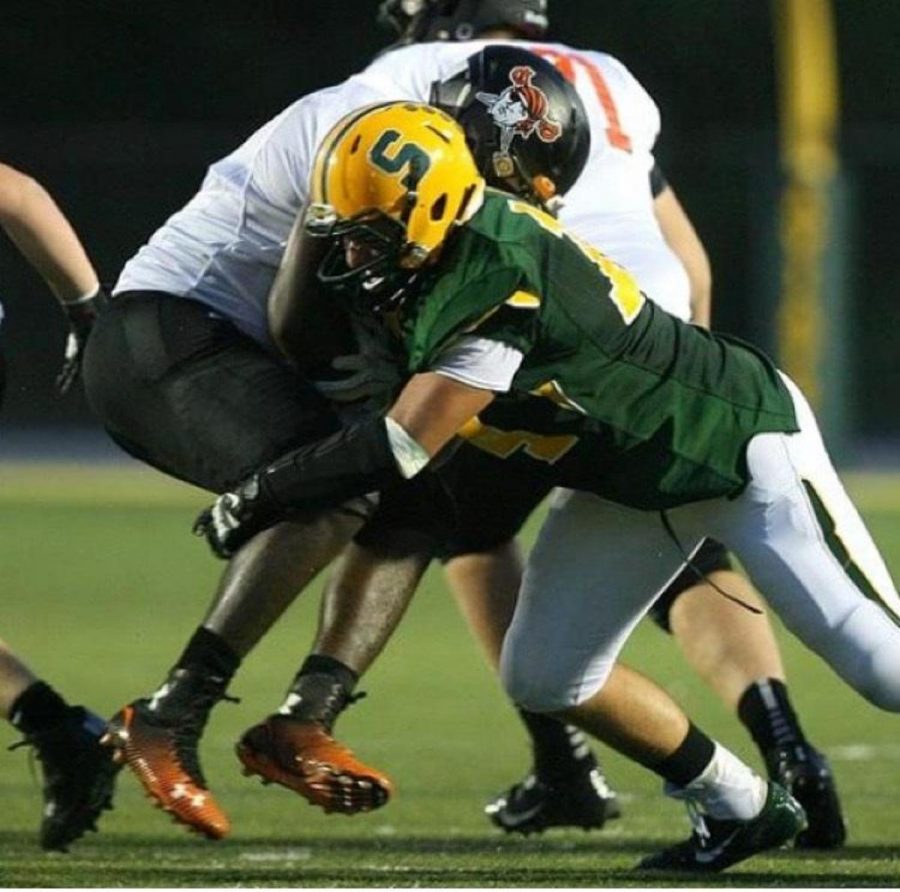 Silverman was the voice of SHS stifling defense racking up over five sacks in his high school career. He also racked up over 75 tackles. He will continue his college career at The Ohio State University.

Senior Philip Silverman has committed to The Ohio State University. He announced via Twitter that he will walk-on and attempt to make the roster for the Buckeyes.

He will officially sign on Feb.5 in the gymnasium during SHS winter signing. The Buckeyes, as you all know, just won the 2014 National College Playoff Championship.

Ohio State is located in Columbus, Ohio and plays in the Big Ten Conference along with 11 other teams.

Ohio State started the season off as a predicted top five team, as the season neared, Big Ten player of the year, Braxton Miller, tore his rotator cuff and missed the entire year.

Backup quarterback, JT Barrett, led the Buckeyes to an 11 and one record with the lone loss to the Virginia Tech Hokies.

In the season finale against the Michigan Wolverines, Barrett broke his ankle and was predicted to be out at least a month. All was doomed for the Buckeyes as they were potentially a playoff caliber team.

Third string quarterback, Cardale Jones, who came out of nowhere, led the team to three straight wins including the National Championship against the Oregon Ducks.

Silverman will have his hands full competing with some of the best players on the collegiate level.