Building airport for drones in Texas 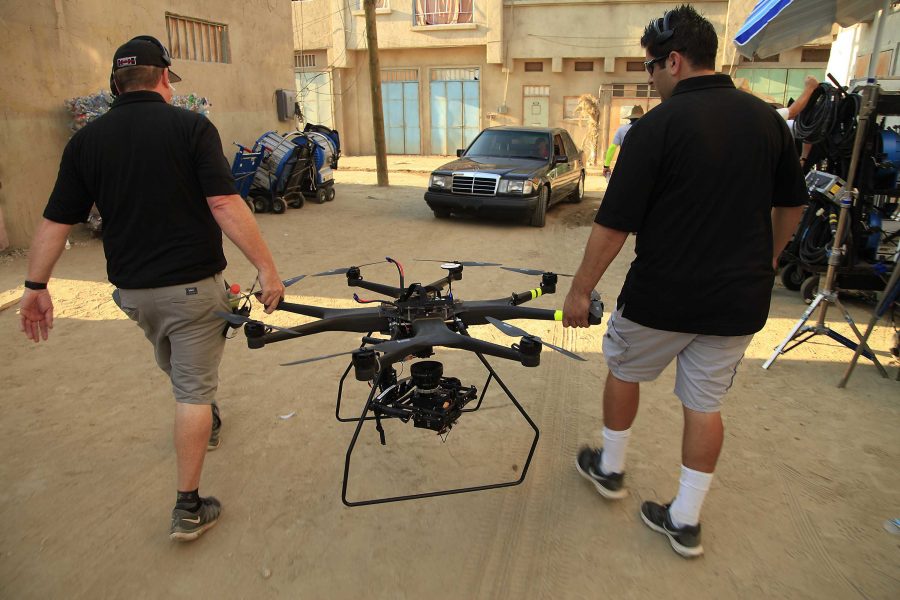 Steve Blizzard, left, and Tony Thompson of Aerial MOB carry away their drone used to film a scene on the set of "Criminal Minds: Beyond Borders" on Sept. 9, 2015 in Santa Clarita, Calif. The eight-rotor model is capable of carrying a 22 lb. camera and flying at 40 mph. The company, with offices in Los Angeles, San Diego and Vancouver, provides unmanned aerial cinematography services. (Myung J. Chun/Los Angeles Times/TNS)

El Paso, in the far western part of Texas close to New Mexico, the U.S. army has invested $33 million in an airport for drones.

Writer for Scientific American online and teacher at the Stevens Institute for Technology John Horgan said, “Nobody had heard of drones before 9 -11. We went from having maybe a couple hundred drones in 2001, to over 12,000 a decade later.”

Horgan said, “I think probably the most obvious application would be doing border control.”

According to Horgan, the state will need to constitute their strategic value at a certain level.

Texas is one of the first to invest in a ‘drone-exclusive facility,’ but it will definitely not be the last.

Horgan said, “I think facilities like this will be cropping up all over the states… I think what you’re seeing in Texas is the beginning of a long-term trend.”