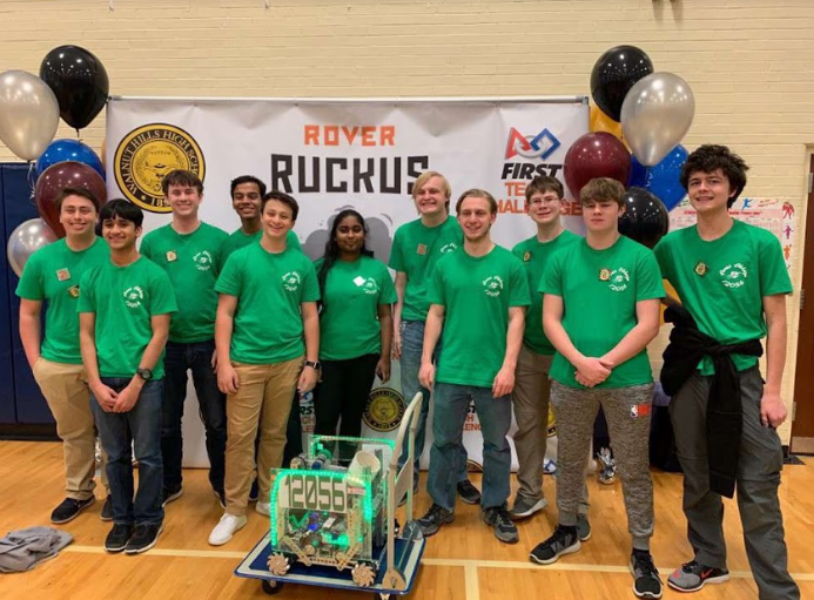 SMILING FOR STATES. The SHS Robotics team pose for a picture at the 2019 Regional First Tech Challenge competition, where they won five awards.

This school year has been quite busy for the SHS Robotics Team, from meetings to competing in the First Tech Challenge regional competition last weekend.

The First Tech Challenge is an international robotics competition where teams of high school students compete using their own designed and programmed robots. Early in the school year, the teams are given a challenge and must create a robot to successfully complete the challenging task, while using only materials stated in the competition manual.

The SHS team started on this project in October, finishing the day before the competition, which took place from Jan. 25 to 26. They dedicated much time and effort into their project, meeting for six to 12 hours a week to design, program, and test.

Finally, their work paid off.

On the last day of the competition, the SHS team came home with two first-place awards in Compass and Innovation and three-second place awards in Control, Think, and Motivation, as well as a qualification to the First Tech Challenge State Championship.

Pelberg started participating in robotics since fourth grade and co-founded the SHS Robotics Club with McDonough during their sophomore year.

“Many of [these] awards go beyond just the robot: they’re for outreach, company partnership, team spirit, and our connection to the engineering community as a whole…I cannot be more proud of what this program has become and what we have accomplished,” Pelberg said.

The team is still meeting to prepare for States next month.

“[Advancing to state] is recognition for all the hard work this year and previous years and an opportunity to compete again and show how great our robot is,” Narayana said.