Crossing the Aisle in a Crisis

How our politics are changing with the COVID-19 virus 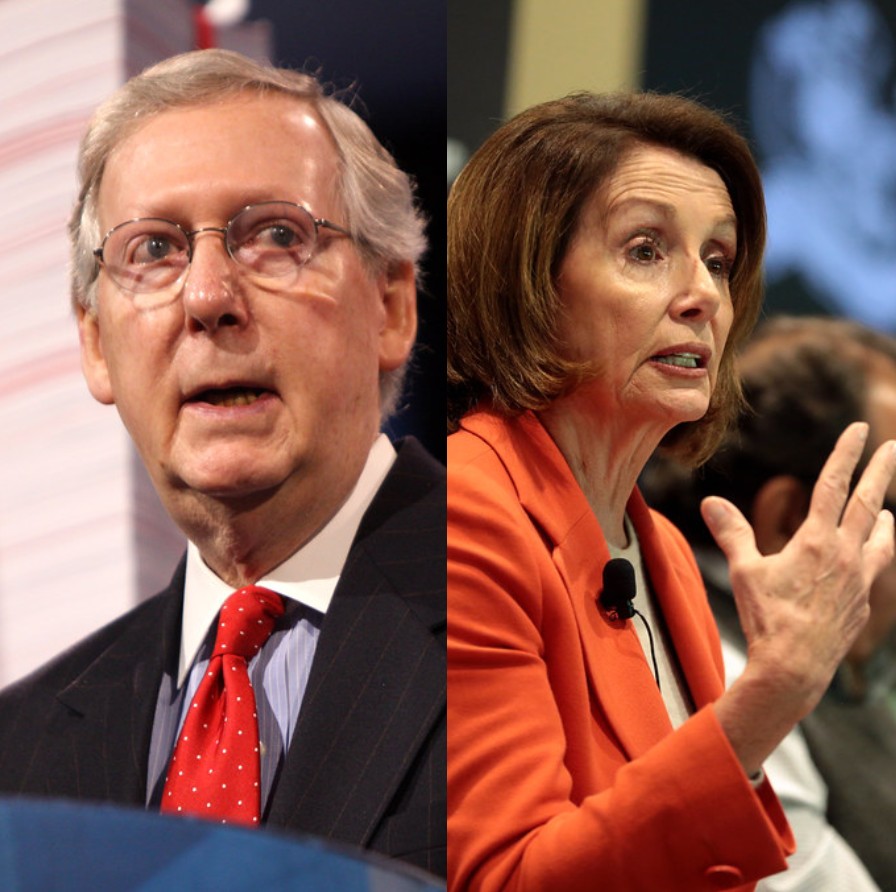 PARTISANSHIP IN A CRISIS. These days, as the nation tests its ability to withstand a crisis, people across all party lines are coming together to help each other. During this strenuous time, many also hope that our split government will follow its constituents' example. To some extent, it has. Whether it is individual governors stepping up to aid their states, or the representatives within our Congress coming together to provide aid to their people, our government is trying to temporarily pause the blocking bureaucracy and party stalling to instead work together.

United we stand, divided we fall. We all know the mantra. However, its message has taken a more active role these days as the nation tests its ability to withstand a crisis together. Neighbors helping neighbors, people helping each other have been the models of our society during this strenuous time, and many hope our split government will follow its constituents’ example.

And to some extent, it has.

Whether it is individual governors stepping up to aid their states, or the representatives within our Congress coming together to provide aid to their people, our government is trying to temporarily pause the blocking bureaucracy and party stalling to instead work together. And Ohio’s own Governor Mike DeWine is a perfect example of the government we need right now.

A registered Republican, the governor has led the charge in protecting his state against the Covid-19 pandemic, being one of the first state officials to instate preventative measures like school closures, “shelter in place” orders, and countless other cautionary announcements. This is being seen as quite unusual considering his party position, especially with many other Republican governors dragging their heels instead of taking action.

According to a recent paper published by the University of Washington, that is tracking state-by-state responses to the virus, “At any given time within the study period, Republican governors were 42.2% less likely to mandate social distancing than their Democratic counterparts.”

The study determined that there has been an average of a 2.7 day delay in GOP governors to instate preventative measures, and even this seemingly small number could lead to a 30.6 percent increase in peak caseload. Simply stated by the researchers, “In a state where infections are doubling every three days, Republican partisanship might raise the peak level of cases by 86.6%.”

However, even considering all those party expectations, Governor Mike DeWine stepped out of the box and led the nation in protecting his constituents. A model of how our government should be acting during a time when state governors hold much of the power in how the outbreak will affect their state.

Another rather significant bipartisan landmark was the $2 trillion stimulus package recently passed—heavily supported by both parties, one of the first times in the history of our modern Congress that a bipartisan bill has been supported like this.

The stimulus package, however, did not get through without a fight. Even while prioritizing the citizens of our nation, both parties made sure their interests were also served. Issues debated between the Democrats and Republicans were namely the amount of money going to bail out large corporations, worker support, small business aid, health insurance, and unemployment benefits, with both parties blaming each other for delaying the legislation through extra negotiations.

After the fighting settled, a tenuously balanced deal was pushed through the House and Senate, with both parties putting aside major issues to ensure other essential funds, like the $100 billion packages toward hospitals, could go through. Other issues were compromised on, like the $500 billion toward big businesses for Republicans and the increased unemployment and worker pay security Democrats wanted.

Both parties will continue to lobby for their own separate issues now the stimulus bill has passed, with Democrats motioning to fill the “homework gap”— the issue surrounding the lack of internet access for some low-income families who need to complete school online—something ignored by the stimulus bill.

“Democrats had wanted at least $2 billion to go directly to an FCC subsidy program that helps schools and libraries connect to the internet, while FCC Chairman Ajit Pai requested $50 million for a pilot program geared specifically toward helping schools,” reported Politico.

Both parties will end up working on this deal and lots of other legislation together, and with hopes that the bipartisan pattern will continue, aid may be on its way to many parts of our country.

All in all, politics and partisanship are seemingly more and more disturbingly effective within a crisis that should be considering human lives, not political ones. The message by researchers, health officials, and our population itself is clear—party politics need to step aside. This virus will not pick a side when it comes to call.