“We the Jury Find the Defendant Guilty”

The aftermath of the Chauvin trial verdict 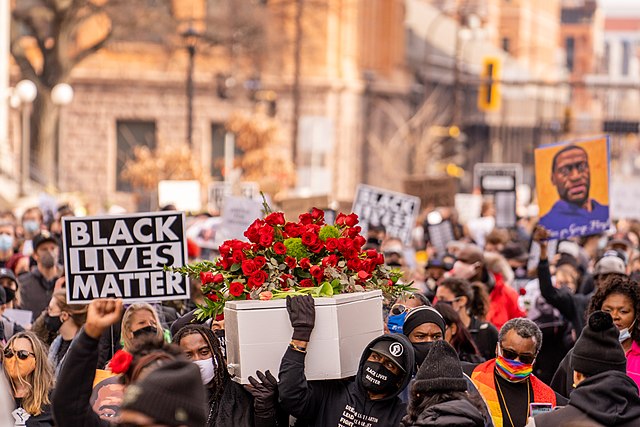 GUILTY. On April 20, 2021, the nation watched with bated breath as the jury’s verdict in the case of State v. Derek Chauvin was read out to a silent courtroom. Learn more about the charges brought against him and the aftermath of the trial at the link below.

On April 20, 2021, the nation watched with bated breath as the jury’s verdict in the case of State of Minnesota v. Derek Michael Chauvin was read out to a silent courtroom.

Crowds gathered across the country, and especially in George Floyd Square in Minnesota, where, 11 months ago, George Floyd died after a violent arrest that saw Officer Derek Chauvin strangling Floyd with his knee on top of Floyd’s neck for around nine whole minutes. The death that sparked a national outcry and a revitalization of the “Black Lives Matter” movement was finally brought to trial and broadcasted over national television, as observers watched the case unfold over several tense days.

This case would determine whether a police officer would be able to walk away from the incident without official charges, a phenomenon that has reportedly been all too common in the American policing system. According to a national survey that was awarded the 2016 Pulitzer Prize for National Reporting conducted by Bowling Green State University Researcher Philip M. Stinson in a joint effort with The Washington Post, “…since the beginning of 2005 (through June 24, 2019), there have been 104 nonfederal sworn law enforcement officers…who have been arrested for murder or manslaughter resulting from an on-duty shooting where the officer shot and killed someone at incidents throughout the United States. Of those 104 officers, to date, only 35 have been convicted of a crime resulting from the on-duty shooting. Only 4 officers have been convicted of murder.” Additionally, “In the cases where an officer has been convicted, it is often for a lesser offense.”

This pattern has been generally consistent for most of American history, and most recently caused an incredible outcry after none of the detectives or officers involved in the botched raid of Breonna Taylor’s apartment were convicted on any charges while on trial.

Most of the country reacted jubilantly in response to the announcement of the trial’s guilty verdict, celebrating in the streets of our cities and privately at home. Social media boomed with the celebration of millions worldwide, friends and family gave emotional speeches, and activists reminded the country that this verdict is only one more step in a long and difficult fight against systemic racism in the American justice system.

Minnesota Attorney General Keith Ellison, the head prosecutor in the state’s case against Chauvin, said in a statement after the verdict that “I would not call today’s verdict justice, however, because justice implies true restoration. But it is accountability, which is the first step towards justice, and now the cause of justice is in your hands.”

Third Degree Murder: The jury found Chauvin committed the crime with a “depraved mind”, which basically means he acted without regard for Floyd’s life

Second Degree Murder: Also known as felony murder, this charge applies to cases where a person commits a felony that leads to the death of the victim. In this case the felony would be Chauvin’s intention to knowingly incur bodily harm upon Floyd.

Second Degree Manslaughter: This charge, similar to the Third Degrees’ “depraved mind” conviction, is based on the idea of “culpable negligence”, essentially meaning that someone is acting recklessly without regard for the consequences of their actions and the lives of others they thus put at risk.

While a guilty verdict has been announced, actual sentencing will not take place for another eight weeks, and until then Chauvin will be held without bail in county prison. Further concerns over the possible overturning of the sentence have been made, but that will be something to be discussed later on.

Among the heightened tensions of the Chauvin case, the country has also seen the deaths of many other young black people via police shootings in recent weeks. The death of Daunte Wright occurred only 10 miles away from the courthouse midway through the trial proceedings after an officer claimed to have accidentally shot Wright while intending to use her taser on him during a traffic stop.

Body-cam footage of a Chicago police officer fatally shooting a 13-year-old named Adam Toledo on March 29, 2021,  after Toledo was pursued by an officer for carrying what looked like a firearm and then shot while in the middle of obeying the officer’s orders and putting his hands up.

Here in Ohio, authorities in Columbus released body-cam footage that showed the fatal shooting of 16-year-old Makhia Bryant on April 20, 2021, when an officer responded to a call about Bryant fighting with two other girls, and was allegedly found holding a knife. Further details are still coming out, and authorities have asserted that the officer will be taken off the street, but no further punishment has been announced.

These cases are just a few examples of the countless deaths that have been horrifically regular occurrences across our country. Yet for many, the question of any semblance of justice for these victims will remain unanswered for the foreseeable future.