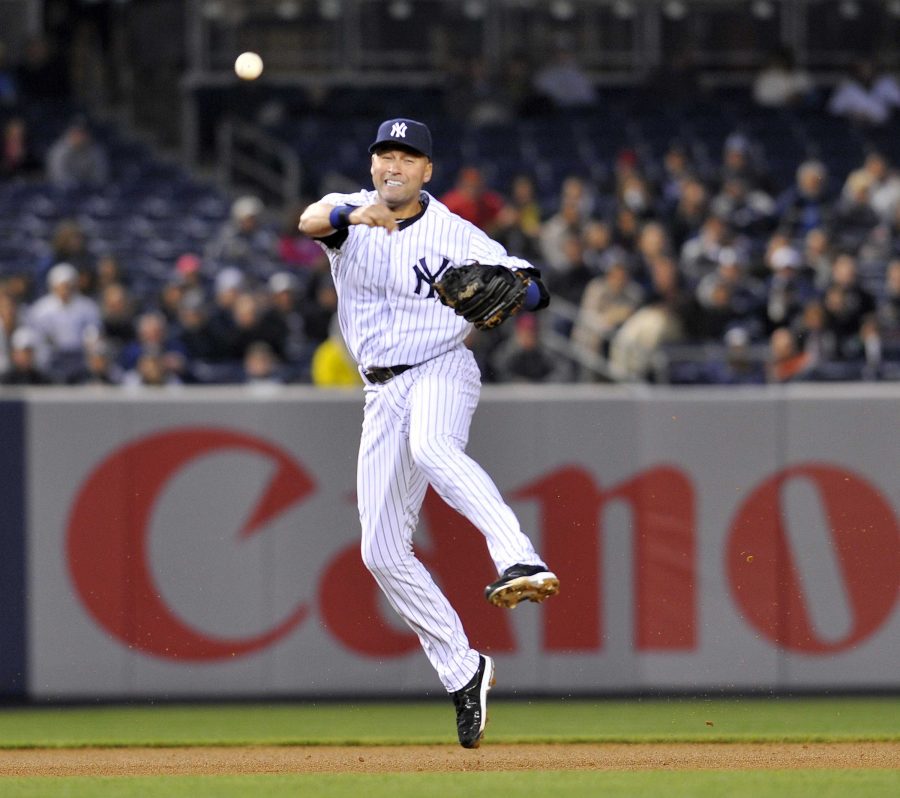 Derek Jeter throws out Nick Markakis with his classic jump-throw. Jeter has been the New York Yankees everyday shortstop for the last 19 seasons. He will be retiring at the end of 2014. Photo Credit: MCT Direct

On Wednesday, Feb. 12, New York Yankees shortstop Derek Jeter announced that the 2014 season would be his last. On his Facebook page he wrote,

“I know it in my heart. The 2014 season will be my last year playing professional baseball,” Jeter posted in a long letter.

“I have gotten the very most out of my life playing baseball, and I have absolutely no regrets.”

“It is sad to see a player like Jeter have to retire. I have always admired him on the field as well as off it,” said Kaleb Riesenberg, 9.

Fittingly, Jeter’s career will conclude against Boston against the rival Red Sox. In Boston, ticket prices for Jeter’s final game in Boston have risen from $300 to over $1150. In New York, diamond seats are selling upwards of $4000. That ticket information is here.