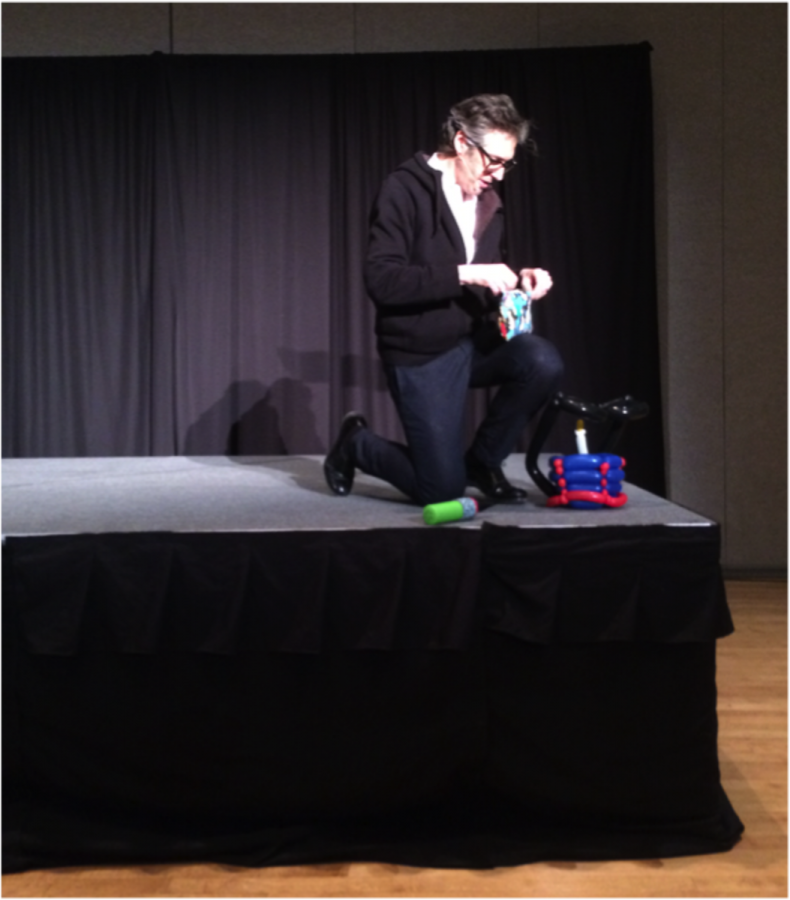 Glass delivered a talk at Ohio State University on March 2. He primarily discussed the show and what it has taught him.

He attributes the reason 1.7 million people listen to an hour-long episode of TAL each week to the way in which TAL structures their stories. Throughout the story the plot is moving forward. It feels more like a movie than journalism.

Glass compared this approach to a detective story; the question of “who is the murderer” always hovers until the final moment in which everything is answered simultaneously.

Similarly, he stressed his dislike for the infamous “topic sentence.” He believes that when people are told what they are about to hear or read, they will stop listening. Instead, TAL tries to pull people in by telling the story in an interesting way or unusual order.

Another tip from Glass is to “be yourself in your writing and your interviews.” He played a clip from story he produced when he was 26 years old working for NPR to illustrate how much worse it sounds when he tries to be someone he is not.

For anyone interested in a career that requires creativity, Glass feels that it is pertinent to specifically set aside time just to come up with ideas.

He thinks that what he has most gained from his job is the ability to understand people he usually would not. For example, he said he feels a great understanding of and empathy for right-wing Christians.

Lastly, Glass said he does not believe journalism almost ever affects social change by itself. His only goal in life was to find a job he could stand.

Some favorite TAL episodes to start off with:

1. Harper High School part one and part two
2. Middle School
3. What Doesn’t Kill You
4. Superpowers
5. What Happened at Dos Erres