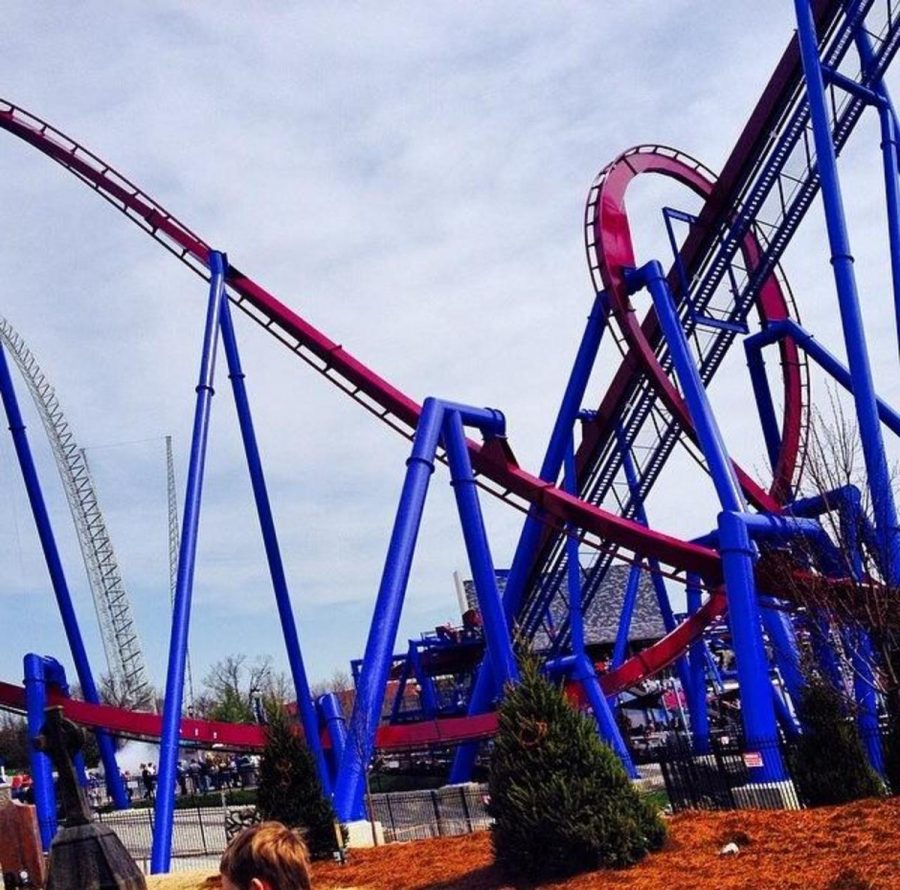 The Banshee is a blue and purple steel rollercoaster. Banshee is located immediately to the left of the park entrance in the Action Zone area. It sits atop the space formerly occupied by the ride, Son of Beast. Photo Courtesy: Ryan Meckes

The coaster has seven inversions including a weightless zero gravity roll, two vertical loops and a 170-foot long heart line roll (so-called because the tight turn rotates around the axis of the rider’s heart).

“I would call myself a “ride warrior” because I pretty much will ride anything. I hav been waiting all year to ride Banshee, I haven’t ridden it yet but I am so excited, I’m sure it is a thrilling ride,” said Chloe Bradley, 9.

Banshee features cars that hang from (rather than sit atop) the track, with riders’ legs dangling from their seats.

“I know sometimes people don’t like waiting in line and I never do but it was so worth waiting in line for 2 hours to ride the Banshee. I love flips so it’s one of my favorite rides,” said Gail Duke, 9.

Banshee by the Numbers

It is Kings Island’s first new coaster since 2009, and 15th coaster overall.

Banshee succeeds, in part, because of its affects. A wailing spirit cries from atop the first hill (though it’s hard to hear her amid the riders’ squeals of glee); fog machines provide additional atmosphere. At night, an elaborate light show adds to the creepiness.

“Have you ever ridden the Diamondback? It’s ten times better, especially at night. It gives out a dark and scary vibe,” said Sarita Evans, 9.