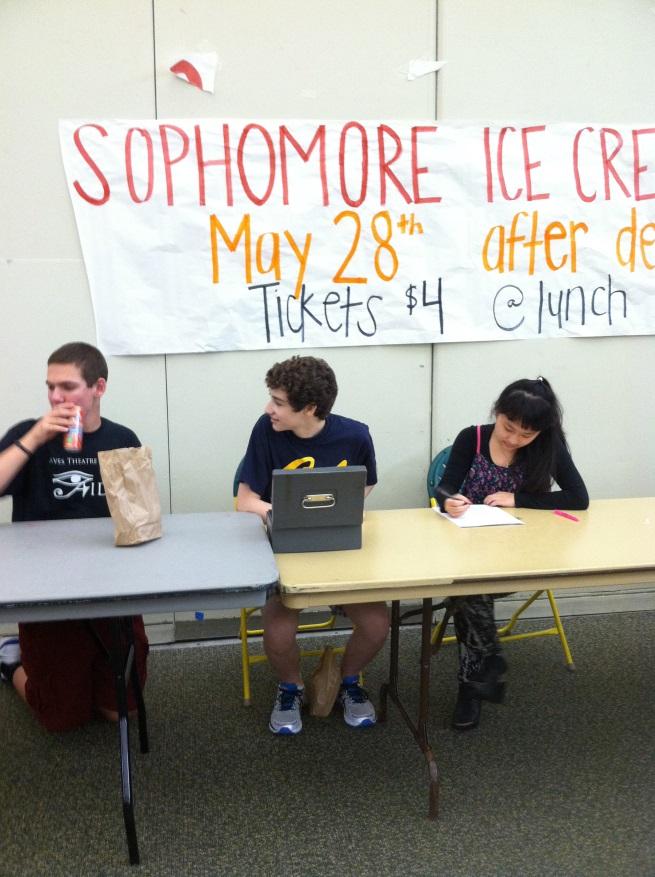 The Sophomore Ice Cream Social is a grand fundraiser for Student Council. It helps them pay for various class events such as prom and graduation. In addition, it is fun for the participants. Photo Courtesy of Elizabeth Rickert.

An annual tradition among sophomores is to have an ice cream social after debates. This is run by Student Council (StuCo) as a class fundraiser.

“We’re super excited to have the ice cream social. There’s going to music, lots of fun, and a great time for not a lot of money,” said Max Weiss, 10, StuCo president.

The event is held on May 28 directly after debates. This means that students get to miss sixth bell. Ticket sales for this are held from May 21 to May 24. Tickets cost $4 only.

“This is such a cool idea for a fundraiser. It’s going to be a great time because my friends will be there with me,” said Emily Misali, 10.

It will take place on the soccer stadium. After students finish there snack they will be allowed on the turf where things such as Frisbees and soccer balls will be.

“We’re having adults volunteers regulate who gets on the field or not because we don’t want the turf to be ruined by the ice cream. We’re really thankful to both our adult volunteers and our donators, IGA and UDF, for helping us with the event,” said Madeleine Driscoll, 10, StuCo secretary.

The event will help StuCo pay for various things such as Prom and Graduation in sophomore classes upcoming years.