A taste of pop culture 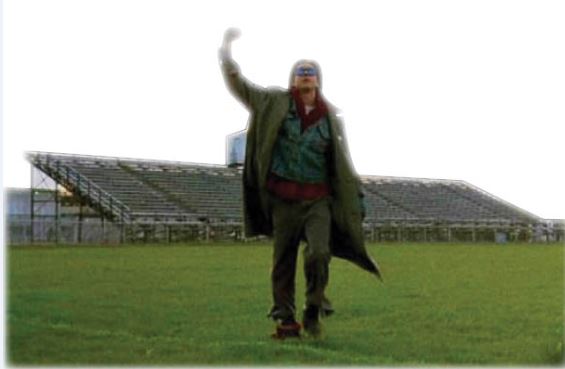 The song used in The Breakfast Club “Don’t You Forget About Me” hits #1 in the top charts surpassing Madonna’s “Crazy For You” May 18, 1985. Vocal artists such as Annie Lennox and Cy Curnin of The Fixx passed on recording the song. In 2012, Pitch Perfect featured a cover of the song.

Freshman Halem Chudnuff said,”It’s (Heathers,1988) actually a dark sapphire about high school and when someone’s fantasies aren’t fantasies come to life what can the dangers of that be? And, it is important because while it does have those dark, twisted, comedic points in the film, it also shows that everybody is very self centered in their own way.”

Back when MTV was actually “Music Television,” actors like Molly Ringwald were landing their big break, and Madonna was the Taylor Swift of the decade. Welcome to the 80’s and fall into its pop culture in this must see movie countdown.

5. Back to the Future

So 2015 does not have hover-boards and people do not dress like the 80’s times 100, but this twenty-first century does have 3D as seen in the Jaws 19 promo poster, despite the fact there is not a nineteenth sequel of the critically acclaimed shark horror film.

Back to the Future Part II might not have been the best movie of that decade. But, who would not enjoy a good laugh at Marty McFly’s jump to the far fetched 2015 as he then once again must travel to 1955?

Chudnuff said,”Ferris Bueller is a fun movie about what can happen when you let teenagers do what they want for a day and not be under the reign of overpowering adults.”

From the filmmaker who wrote movies such as Home Alone, John Hughes delivers another classic story.

A high school senior, Ferris is the master at cutting school as he and his two friends head off on an adventure for their last big fling before graduating.

Filled with bizarre antics and a random musical number, this film has it all. Ferris Bueller’s Day Off will definitely make you wish ditching school was that much fun.

Do not get tricked by the classic 80’s tacky trailer because this movie is far from cheesy and is bound to inflect some psychological damage.

Sawyer teams up with her dark sociopath boyfriend to kill the cool kids in the school. It is beautiful sick version of Bonnie and Clyde, love with a body count.

Ever wonder if you were named Elliot after the little boy from E.T.? Chances are you could have been. This sci-fi film is a cute family movie that will take your breath away.

With parents who had separated, lonely Elliot helps a kind alien, E.T. try to get home to his family. A friendship forms between the two that will leave viewers touched and having their hearts prying open for an E.T. of their own.

Saturday detention brings together a group of very different individuals who are engraved in history as The Breakfast Club in the film sharing the same name.

Stripping off their stereotypical facades and throwing their cliques into the closet, the students bond together over their bare wounds that life hit them with.

In this coming of age movie, you will see how what is on the outside can cover the inside’s ugly reality.

Chudnuff said, “Everybody is flawed, because not a single character in that movie is not flawed. Every single one has something, something wrong with them. Even the ones we do not see, that are just talked about, there is not a single person that is not flawed. Nobody is perfect.”