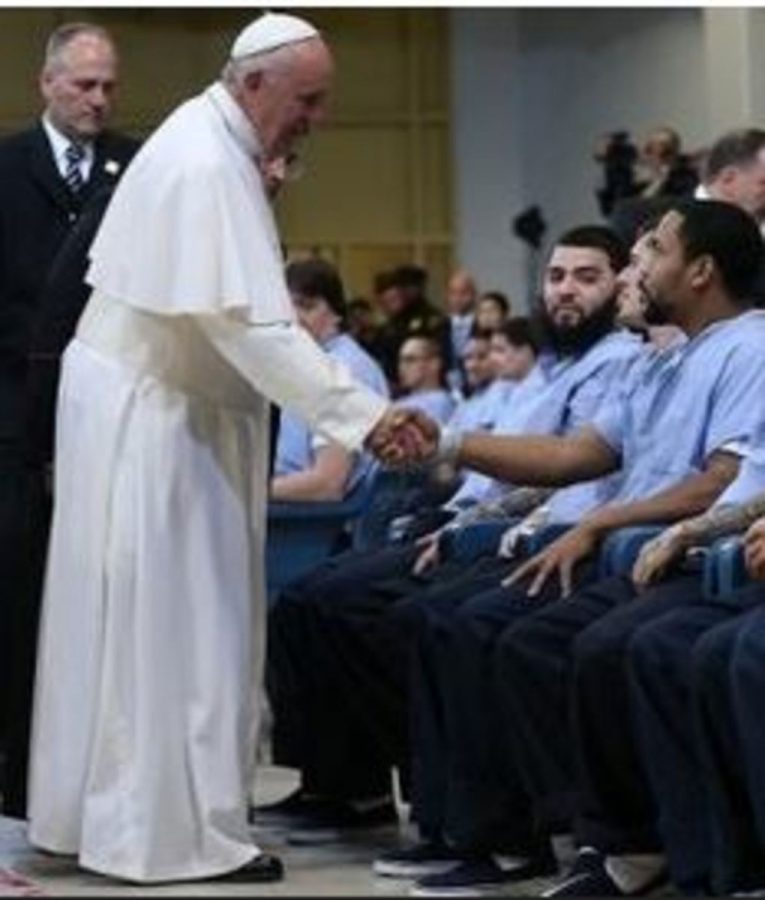 Pope Francis continues to surprise those around him, as evident with his stop on Sept. 27 at Philadelphia’s largest prison, the Curran-Fromhold Correctional Facility. There he met with young prisoners and correctional officers.

According to NBC News, Francis told the 100 inmates, “I am here as a pastor, but above all as a brother, to share your situation and to make it my own.”

“Any society, any family, which cannot share or take seriously the pain of its children, and views that pain as something normal or to be expected, is a society condemned to remain a hostage to itself.”

His powerful words brought tears to various inmates’ eyes. Afterwards, the pope walked through the audience, holding their hands, touching their heads, and hugging three.

Sophomore Melinda Looney-Ho said,“It’s amazing what he did. There are not many people out there who would go to prisoners and offer them forgiveness. He is such a good person; we can learn a lot from him and his words.”

His actions at the prison relayed the pope’s efforts to aid and tend to those suffering – the poor, forgotten, and neglected.

Francis’ words of advice not only give hope to the prisoners, but they also serve to inspire people in all situations. His main point was that no one is perfect.

Francis told the inmates, “All of us have something we need to be cleansed of, or purified from. May the knowledge of that fact inspire us to live in solidarity, to support one another and seek the best for others.”