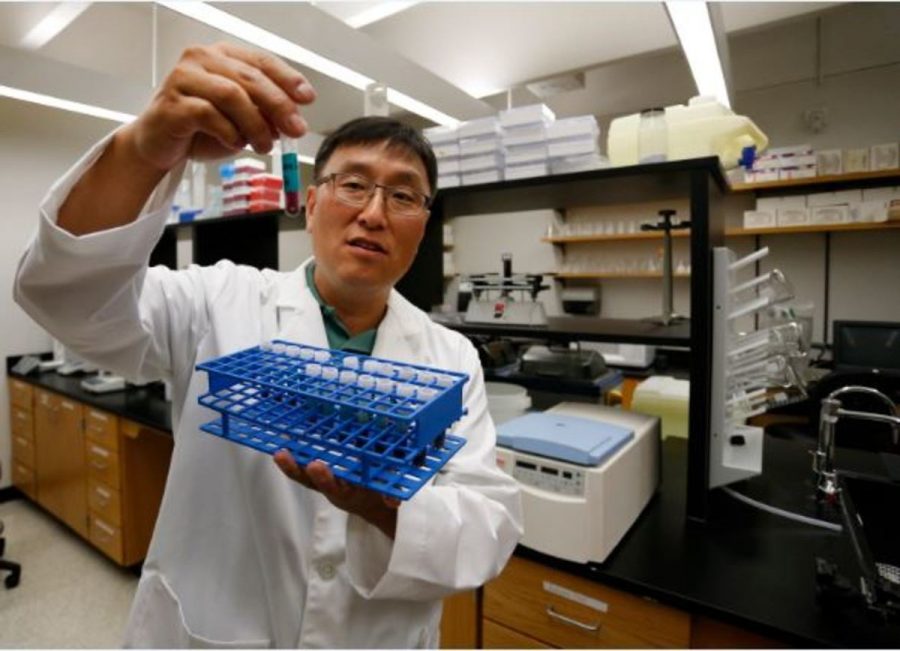 Dr. Joon Lee holds processed mosquitos in a tube in his lab at the University of North Texas Health Science Center in Texas. Experts are concerned about the spread of the Zika virus to the United States. Many health officials and scientists are trying to find a way to prevent this.

Disease is spread from body to body in different ways, such as through water, air, and animals. In Central and South America, scientists are collaborating to kill mosquitos in order to halt the spread of the Zika virus.

As a member of the Flaviviridae virus family, the Zika virus is transmitted from infected mosquitoes and currently has no cure. It has mild symptoms of fever, rash, and headache, and the Zika virus has been discovered to be connected to other disorders.

The virus is a major problem in the Americas. In Brazil, 4,000 babies have been born with a birth defect called microcephaly, causing small heads and abnormal brain development. Their mothers had been infected with the Zika virus.

Dr. Lyle Petersen, director of a division at the Centers for Disease Control and Prevention (CDC), told CNN, “You’re dealing with children with a severe neurological disease they’ll carry with them for the rest of their lives.”

Babies are not the only victim to the disorders brought forth by this virus. Zika has also been linked in Brazil to the Guillain-Barre Syndrome, a neurological disorder that causes paralysis.

In January 2016, the CDC issued travel guidance for affected countries, including the use of enhanced precautions, consideration for postponing travel, and guidelines for pregnant women.

Peterson said, “I’m very worried about tropical areas of the United States, such as American Samoa, Puerto Rico, and the U.S. Virgin Islands.”

Dr. Anthony Fauci, head of the National Institutes for Allergies and Infectious Diseases, told CNN, “You [can] never say never, but I’m fairly sure we’re not going to have a problem of great magnitude in this country.”