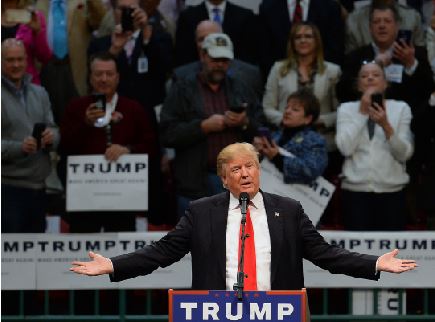 Donald J. Trump has gained many votes through criticism towards immigrants. Immigrants, especially from Mexico, are seeking to gain citizenship to vote against him. The White House is providing aid for these immigrants.

Republican candidate Donald J. Trump’s harsh language against Mexican immigrants has helped him gain a substantial delegate lead in the Republican primaries. This has caused legal immigrants from Mexico to mobilize to get U.S. citizenship in order to fight Trump.

Hortensia Villegas, one of several hundred legal residents from Mexico, told the New York Times, “I want to [be able] to vote so Donald Trump won’t win.”

According to national figures, naturalization applicants increased by 11 percent in the 2015 fiscal year compared to the year before and jumped 14 percent in six months, ending in January. Experts are expecting one million applicants in 2016.

Miguel Garfio, owner of a construction company in Denver whose parents came from Mexico, told the New York Times, “A lot of people are opening their eyes because of all the negative stuff Donald Trump has brought.”

To support this movement, President Barack Obama has opened a national campaign to promote legal residents to take the step of becoming citizens. People can now get applications at “citizenship corners” in public libraries in many states.

Tara Raghuveer, deputy director of the National Partnership for New Americans, told the New York Times, “[People] are worried by the prospect that someone who is running for president has said hateful things.”