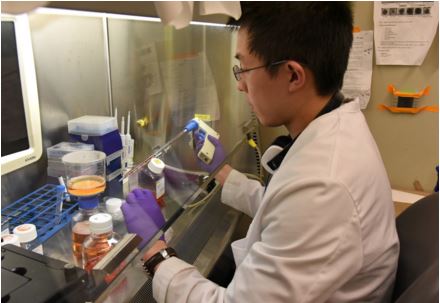 With the Zika virus spreading across Latin America and the Caribbean as well as the United States, the pressure to control the mosquitoes responsible for the outbreak is now higher than ever before.

This comes after birth defects and paralyzing nerve conditions in adults have been linked to the virus.

On Fri., March 11, the Food and Drug Administration (FDA) announced that it is safe to test genetically modified mosquitoes in the Florida Keys. The hope is to help slow the spread of the Zika virus.

A British company called Oxitec is responsible for developing these male Aedes mosquitoes, which contain a gene that will kill their offspring.

David O’Brochta, an entomologist at the University of Maryland, told NBC News, “A male OX513A mosquito released by Oxitec is essentially a flying non-chemical ‘insecticide’ that seeks out and targets Aedes aegypti females and their offspring.”

“These mosquitoes do not persist in the environment and all mosquitoes with Oxitec’s mosquito-killing gene die.”

Oxitec has already tested its mosquitoes in Piracicaba, a small Brazilian city, where the number of mosquito larvae were reduced by 80 percent.

Now the company is seeking permission to test their mosquitoes in Key Haven, a small community outside Key West, Florida, where mosquito-born viruses can take hold in the local mosquito populations.

The probability that the release of OX513A male mosquitoes would result in toxic or allergenic effects in humans or other animals is negligible based on the sponsor’s draft environmental assessment.”

According to The New York Times, the mosquitoes would be released up to three times a week for 22 months to assess whether there is a reduction in the population of wild mosquitoes.

The FDA released in a statement that “the probability that the release of OX513A male mosquitoes would result in toxic or allergenic effects in humans or other animals is negligible based on the sponsor’s draft environmental assessment.”

This is because the male mosquitoes being released do not bite. Meanwhile, the small numbers of female mosquitoes released, which could bite, have extra proteins from genetic engineering that are not toxic or found in the insects’ saliva.

The agency was aided by the Environmental Protection Agency (EPA) and the Centers for Disease Control and Prevention (CDC) in its review of the mosquitoes.

However, there is much opposition to the possible testing in the Florida Keys. The FDA has said that an official approval for the trial will not be made for months, after the agency receives comments from the public.

But much of the public remains ignorant to the issue.

As found in a recent poll done by the University of Pennsylvania’s Annenberg Public Policy Center, 24 percent of those surveyed thought the genetically engineered mosquitoes had spread the Zika virus in Brazil.

According to NBC News, the World Health Organization (WHO) and CDC say that public concerns are unfounded. They say that the natural Aedes aegypti mosquitoes are the ones spreading Zika by biting people.

These mosquitoes are also responsible for spreading the chikungunya virus, yellow fever, and dengue fever.