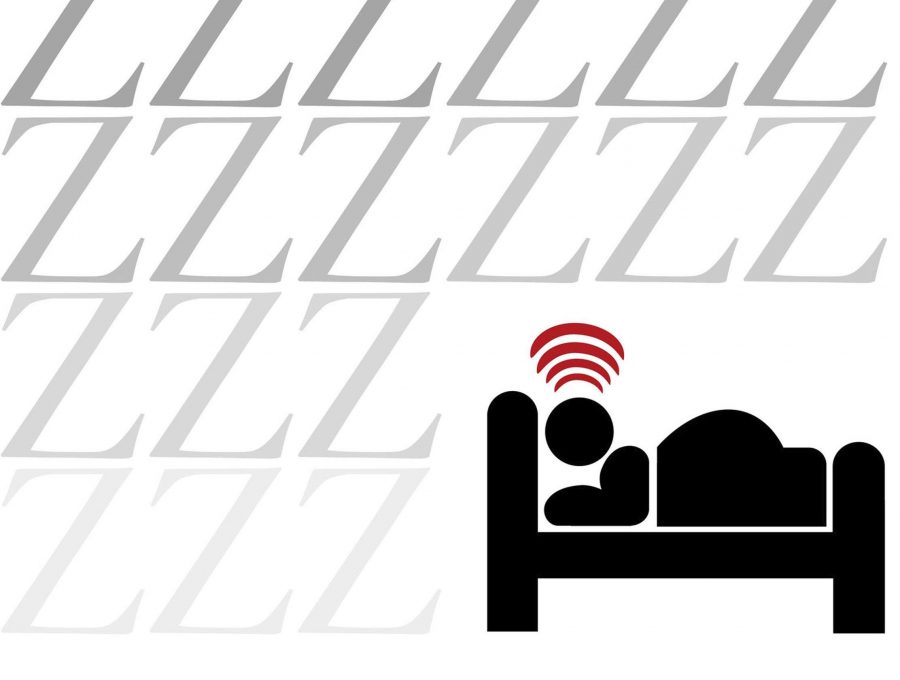 Summer is a time for traveling, whether you are going to visit family, to tour a college, or just to have fun. But have you ever felt groggy after your first night in a new place… maybe even had trouble sleeping?

No, it is not just jet lag. In fact, jet lag may have little to do with this feeling. Instead, it is a phenomenon known as the “first night effect.”

Brown University Professor Yuka Sasaki told The Atlantic, “Even when you look at young and healthy people without chronic sleep problems, 99 percent of the time they show this first-night effect – this weird half-awake, half-asleep state.”

Animals can straddle the boundaries between consciousness and unconsciousness, sleeping with half of their brains at a time while the other half stays awake. This enables them to stay alert for multiple days on end.

Sasaki wondered if humans did something similar.

She and other researchers at Boston University ran tests on 11 volunteers who slept away from home, monitoring their brain activity using a medical scanner and polysomnography, which measures brain waves, eye movements, and heart rate.

They found that on the first night, one side of the brain stays more alert than the other. The slow-wave brain activity that signals deep sleep was weaker in the left hemisphere of the brain, which is more logic-oriented.

According to CBS News, the changes in the left side of the brain only seemed to affect the default mode network, an area associated with daydreaming and mind-wandering. These asymmetries only appeared during the first night.

Sasaki and her team later found that the participants’ left hemispheres were more responsive to sound on the first night. Participants were also quicker at waking up in response to the beeps.

The results of the study suggest that people struggle to sleep well in an unfamiliar place because the brain’s left side stays alert for danger, acting as a “night watchman.”

This “first night effect” proves to be a weaker version of the system animals use to stay attuned to their environment.

Niels Rattenborg, researcher at the Max Planck Institute for Ornithology, told The Atlantic, ”[It’s] reasonable to speculate that… this is an adaptive response that provides us with… protection when sleeping in… environments, wherein we have limited information about potential threats.”

So next time you check into a hotel room or stay with a friend, know that there is more to it than just insomnia or jet lag.

Maybe try to exercise, reduce exposure to digital screens, or stick with relaxing activities in the hours before bedtime. You may just find it easier to sleep away from home.