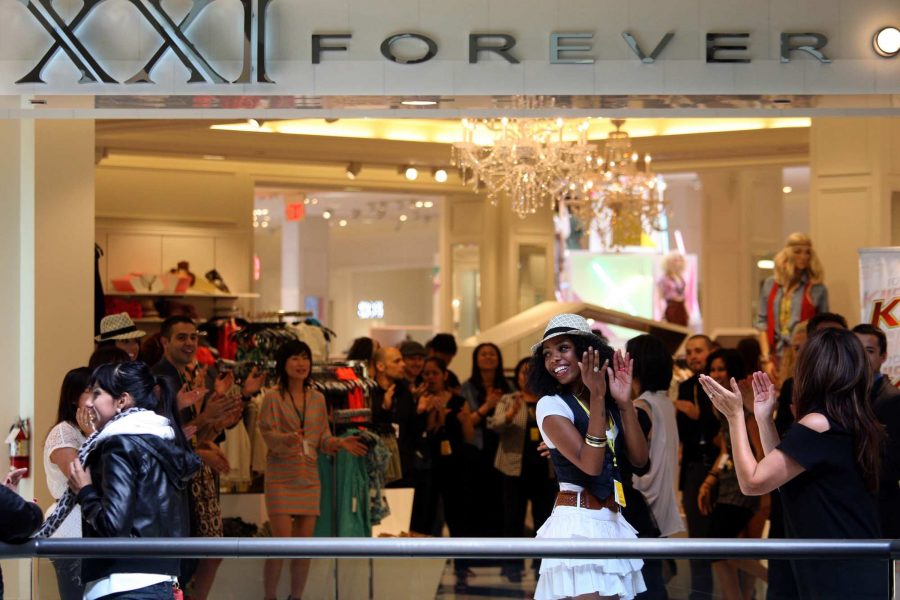 Brands like Forever 21 are categorized as “fast fashion brands.” They produce large amounts of clothing at a low price to increase consumerism. These non-sustainable clothes end up in landfills and are detrimental to the environment.

We all have those shirts that we bought from Forever 21 because they were cheap, or the dress we got at Zara that went out of style within a matter of weeks.

The problem is: these mass-produced, trendy articles of clothing are feeding the consumerist culture and consequential environmental waste that have become prominent all over the world.

In order to compete with one another, stores have begun selling larger amounts of clothes for lower prices. According to ethicalfashionforum.com, brands such as Adidas, Zara, Forever 21, and H&M have begun to offer 18 collections a year instead of one per season.

However, this can cause a great amount of destruction to the environment and the economy; a Cambridge University study reports that “in 2006, people were buying a third more clothes than they were in 2002,” and disposing of similarly increasing amounts.

These low quality clothes are piling up in landfills across the globe.

According to the Environmental Protection Agency, “15.1 million tons of textile waste was generated in 2013, of which 12.8 million tons were discarded.”

“It’s very damaging to the environment, this fast fashion culture, and it also affects the secondhand market because these clothes aren’t meant to be used for so long,” said Adam Baruchowitz, founder of Wearable Collections.

“I can’t say for sure, but the secondhand H&Ms would probably be in less demand than a garment that was produced with more quality.”

Fast fashion is destructive to not only the environment, but also the American economy.

NPR said that “more than $250 billion is spent in the U.S. alone” supporting cheap fashion brands shipping out of Asia.

Also, the poor working conditions and low wages of workers in these mass-producing clothing factories are another destructive result of the fast-fashion phenomenon.

At this point you may be asking yourself, how do I stop contributing to fast-fashion culture?

Recycling clothing is a great alternative to heading to the mall every few weeks.

Whether you swap clothes with friends, go to thrift and vintage stores such as Goodwill, or shop on second-hand clothing sites such as Depop, every bit you do to avoid fast-fashion is taking us one step closer to being a sustainable, non-consumerist society.

For more info on fast fashion, check out these sites…

Or watch documentaries such as ‘The True Cost.’