Ringling Bros. circus to take ‘final bow’ in May 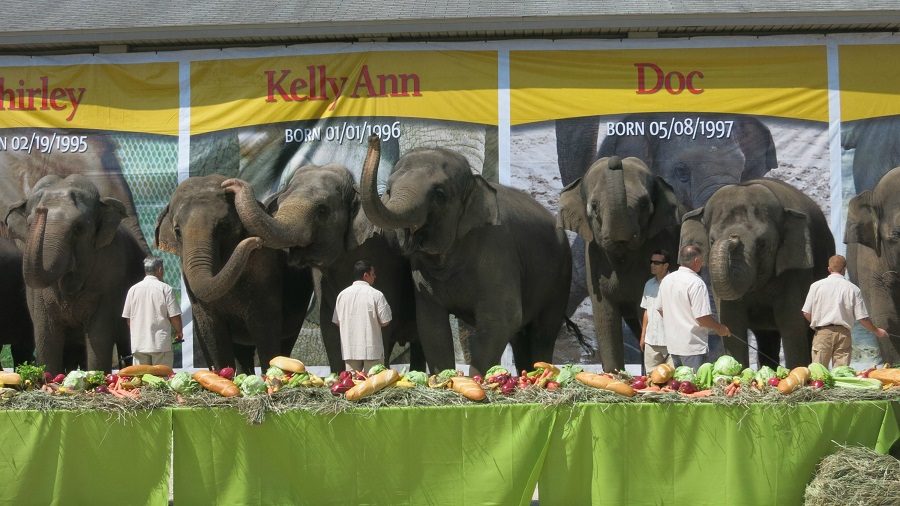 Ringling Bros. and Barnum & Bailey Circus has announced that its final shows will be in May of this year. It was under scrutiny for animal cruelty by various animal activist groups in previous year; they worried about the confinement, social deprivation, and violent training methods the circus animals suffer through. This led to the elimination of elephants from the circus’s acts in May of 2016.

“I hate to witness animals in captivity – or see circus elephants paraded down the streets. When animals are caged, it’s a loss of what they are,” said author Katherine Applegate in a 2011 interview with Publishers Weekly.

Her words reflect the criticism of various animal activists towards circus treatment of animals.

These activists received a massive victory when the Ringling Bros. and Barnum & Bailey Circus announced on Jan. 14 that it would permanently end all of its performances in May of this year.

Ringling Bros. was founded in 1884 by five of the Ringling brothers, merging with the circus created by showman Phineas Taylor Barnum  and James A. Bailey in 1919.

The combined circus spent decades bringing its spectacle, with hundreds of animals, performers, and its iconic big-top tents, from city to city across the United States. According to CNN, the circus visits about 115 cities each year.

However, the circus has been facing numerous issues in recent years including declining ticket sales, high operating costs, and increasing public sentiment against its use of captive animals performing as entertainment.

“This has been a very difficult decision for me and for the entire family,” said Kenneth Feld, chairman and CEO of Feld Entertainment, to the Associated Press.

Feld Entertainment has operated the circus since 1967, when Feld’s father Irvin Feld bought it. Currently, the company has nearly 500 employees.

Ringling Bros. had already ceased using elephants in its shows, with their last performances in May of 2016. These elephants were moved to a central Florida reserve.

The elimination of the elephants had increased issues for the circus. Feld said in a statement that ticket sales dropped dramatically afterward.

Meanwhile, animal activist groups, including People for the Ethical Treatment of animals (PETA) and the Humane Society of the United States, cheered after the announcement of the show’s closure.

BREAKING: After 36 years of protests, #RinglingBros Circus will shut down in May. Thank you to all who spoke out! https://t.co/sE9GNgC8gx pic.twitter.com/iVOUu7L4Pr

“Ringling Bros. has changed a great deal over a century and a half, but not fast enough. It’s just not acceptable any longer to cart wild animals from city to city and have them perform silly yet coercive stunts.

“I know this is bittersweet for the Feld family, but I applaud their decision to move away from an institution grounded on inherently inhumane wild animal acts,” said Wayne Pacelle, president of the Humane Society, in a statement.

But the end of Feld’s circus is not enough for animal activists.

“All other animal circuses, roadside zoos, and wild animal exhibitors, including marine amusement parks like SeaWorld and the Miami Seaquarium, must take note: society has changed, eyes have been opened, people know now who these animals are, and we know it is wrong to capture and exploit tehm,” said PETA in a statment.

Already, on Jan. 1, the use of the bellhook, used to train elephants, was banned in Rhode Island. The same ban will go into effect in California next year.

As for the Ringling Bros., it will perform in 30 shows across the United States before closing its 146-year-run. It will be in Cincinnati for its last show from March 10-19.

Its final shows, according to The Washington Post, will be in Providence, Rhode Island on May 7 and in Uniondale, New York on May 21.