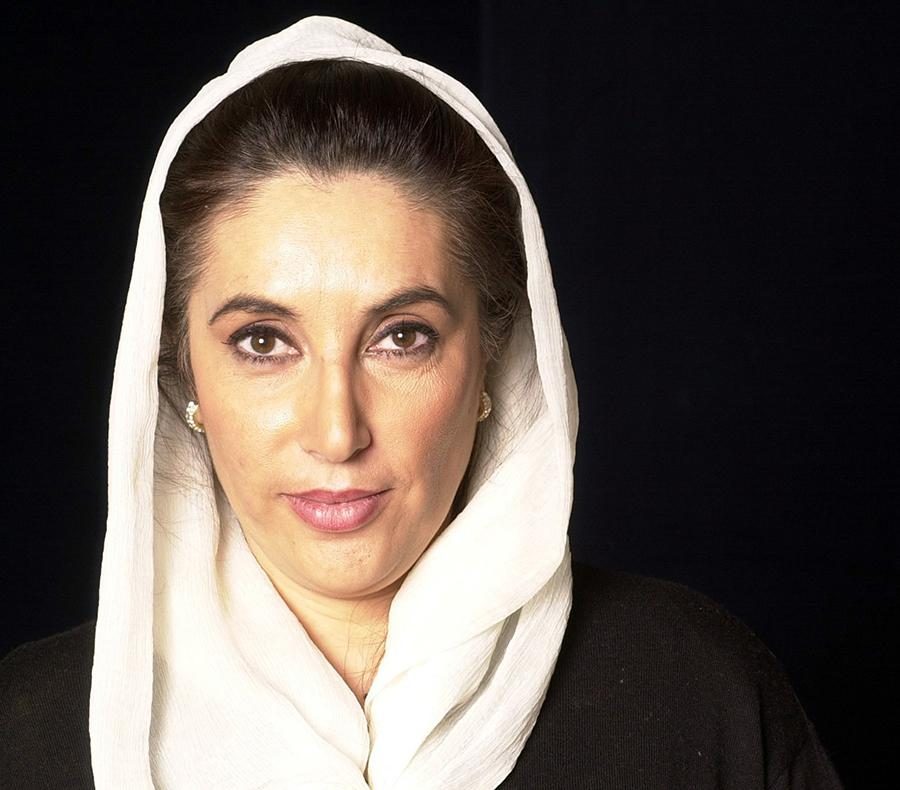 Benazir Bhutto was born June 21, 1953 in Pakistan. Her father founded the Pakistan People’s Party (PPP). She completed her education in comparative government at Harvard University and then at Oxford University in England.

Upon her return to Pakistan she was placed under house arrest until her father’s death caused her to inherit leadership of the PPP.

After a dictatorship lead by Zia ul-Haq was ended by his death, she was elected Prime Minister, making her the first female prime minister of a Muslim nation on December 1, 1988.

While in self-exile in Britain and Dubai she was convicted of corruption and sentenced to three years in prison.

Bhutto returned to Pakistan on Oct. 18, 2007 after she was granted amnesty on all charges. At an election campaign rally on Dec. 27, 2007 an assassin fired shots that killed Bhutto as well as 28 others.

“Ultimately, leadership is about the strength of one’s convictions, the ability to endure the punches, and the energy to promote an idea. And I have found that those who do achieve peace never acquiesce to obstacles, especially those constructed of bigotry, intolerance, and inflexible tradition.” – Benazir Bhutto