To play, or not to play 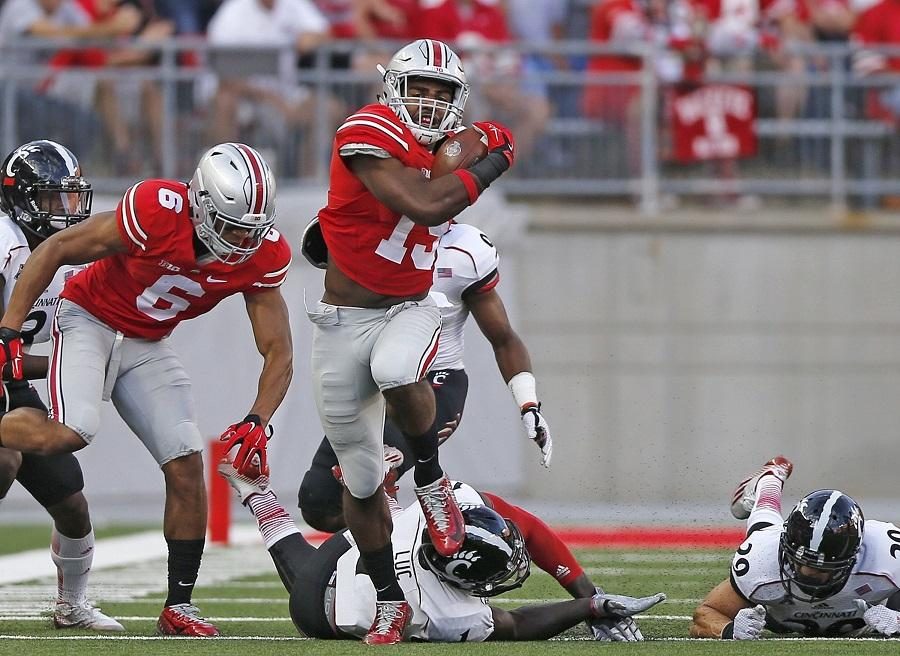 To play, or not to play. That is the question. This is a dilemma facing thousands of high-school athletes nationwide every single year. They ask themselves, “should I play college ball? Should I hang it up after this year?” It is a tremendous- and rightfully so- weight that some athletes feel is burdened upon their shoulders.

Obviously, the easiest way to solve this dilemma is to gauge the interest you are receiving from colleges. If- for example- a running back receives scholarship offers from double-digit schools including two Big Ten programs, then obviously said running back will play football in college while getting his education paid for. However, if you are a baseball player receiving interest from small Division-III programs, you may need to ask yourself if your decision to further your career at the “next level” is the correct one.

Not to call anyone out by name, we are going to use the hypothetical example of Joe Smith. Joe was a solid high school baseball pitcher who received interest from schools such as Tiffin, Mars Hill, and Wabash College, all of whom have offered Joe a spot on their baseball teams, but cannot give out scholarships since they are Division-III institutions. Joe also is a 3.8 student who got a 30 on his ACT and was accepted into Ohio State, but not as a baseball player.

Joe loves baseball, no doubt. He debated with his parents as to what would be the best choice for him in the future. He narrowed down his options to two: playing baseball at Tiffin or attending Ohio State as a student and perhaps walking on their baseball team or playing in an intramural league. After looking at the finances (Tiffin is about $30,000 per year, while Ohio State is about $21,000), Joe and his parents decided that he will attend Ohio State next year and forgo his Division-III opportunities.

This strategy- while it may sound like the athlete is forced to abandon something they love- is the best thing for the future well-being of the athlete. Why pay more money to attend a worse academic-standing school and spend all your days playing baseball rather than focusing on earning a degree? When you think deeply, it makes more sense for Joe to simply do what he did: abandon his baseball dreams, but earn a better degree and be more set for the future in the process.

While I obviously am not even talented enough to go Division-III, I know people who have chosen both sides of the spectrum in various sports. There are advantages and disadvantages to both sides. But if I was in Joe Smith’s shoes, and I was forced to make this choice, I would do exactly what he did. Look at it this way: the D-3 school costs $10,000 more than the college institution. Would you pay $10,000 per year, simply to play Division-III baseball? My recreational baseball league costs about $150. I could play in 66 recreational leagues for the cost of one Division-III baseball season (that equates to 264 leagues over a four-year span) and get a better, more cost-effective degree in the process. Who wouldn’t make that trade? For some, the esteem of college baseball at any level outweighs anything else. Maybe it does not make the most sense, but that is sometimes how brains work. The love of the game cannot be quenched, but sometimes, it needs to be tamed. However, there are exceptions.

Let’s now say that Sam Jones has a 2.1 GPA and a 20 on his ACT, but was a good baseball player in high school. His grades have scared away most teams, but Miami-Hamilton is offering him a spot in their program. For Jones, it is a simple choice: do I go to Miami-Hamilton, play baseball, and earn a degree? Or do I skip college entirely and join the workforce? Jones and his family sat down and decided that he would pay for Miami-Hamilton and play baseball there, since it is the only way he will be able to get a college education. This scenario is vastly different than that of Smith. Jones is not a good student and this was his only way to get a college education. This is the reality for many kids nowadays. They do not grow up in stable households and do not attend excellent schools at a young age, so athletics is sometimes the only way they are able to earn a college degree. Even if the degree is from Miami-Hamilton or a junior/community college, it is once again essential that the athlete makes the correct choice- but on the opposite spectrum- and go to college.

In conclusion, while situational, this dilemma is one facing thousands of athletes nationwide, every year. For the most part, I personally say the athlete should skip playing his or her sport in college, except when given a full-ride to do so or the situation calls for it. Otherwise, quench the flames, and stick with your books.