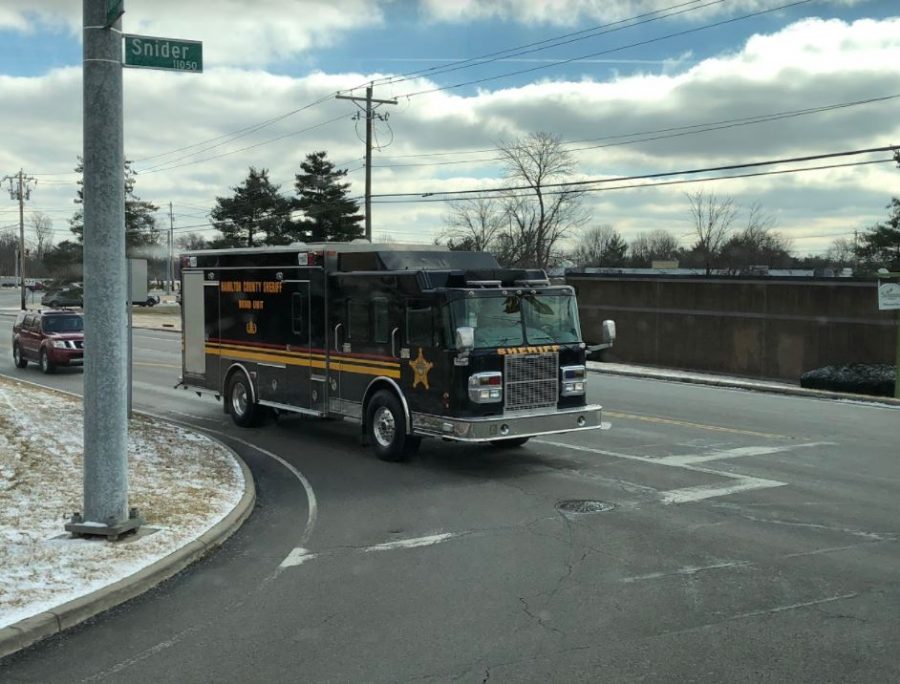 From early morning until the president’s departure, fire trucks, police cars, and snipers remained in position near the Sheffer Corporation, ready to take action at a moment’s notice.

They were near and at road blocks, where officers and Secret Service checked all attendees prior to entering the area.

Even before receiving an invite, these attendees were background-checked and closely scrutinized to ensure the presidents’ safety.

Areas were blocked off, and bomb sniffing dogs were led around the charter buses as further precautions.