Fashion For the Cure celebrates it's 2021 fundraising efforts 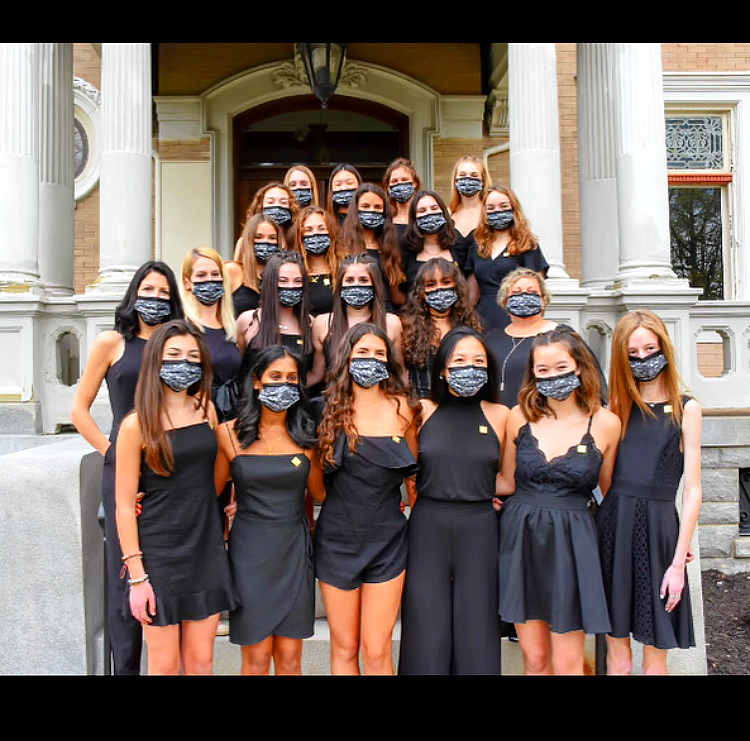 FASHION FOR THE CURE. On Thursday, April 22, Fashion For the Cure committee members, models, and designers gathered at the Dragonfly Foundation’s headquarters. They had a photo shoot in order to showcase the work of the student designers and celebrated surpassing this year’s fundraising goal, donating over $26,000 to the Dragonfly Foundation. Despite not being able to have a fashion show due to the pandemic, the FFTC committee found creative ways to raise money for the organization. “It’s definitely far from what I expected for my final year with Fashion For the Cure but I am so grateful I still had the opportunity to work with some of the most kind, inspiring, and creative girls to support the kids at Dragonfly,” said Grace Zhang, 12, co-chair of the FFTC committee. Photo via Grace Zhang

In a typical year, Fashion for the Cure (FFTC) brings to mind a fancy fashion show, with student models strutting down the runway. Unfortunately, the pandemic took away this exciting event this year. But a change in plans certainly did not stop the committee members from raising money for The Dragonfly Foundation, an organization that supports pediatric cancer patients and their families.

Committee members, designers, and models gathered on Thursday, April 22 at Dragonfly’s headquarters, the Landing. Designers for the show had a chance to showcase their hard work in a photoshoot. The gathering also served as a form of closure for Fashion For the Cure 2021, in lieu of a fashion show, giving the FFTC committee a chance to celebrate their impressive fundraising efforts and to present the check to the Dragonfly Foundation. This year, the FFTC committee raised over $26,000 for the Dragonfly Foundation, surpassing their initial goal.

To raise this much money in such an unconventional time, the committee had to get creative with how they went about reaching their goal. Senior Grace Zhang, the FFTC committee co-chair, explained that instead of the raffle basket and silent auction that is usually part of the fashion show, the committee adapted this to virtual bidding on the items. They also had a letter-writing campaign in which each committee member wrote letters to family, friends, and members of the Sycamore community to explain the mission of the Dragonfly Foundation and Fashion For the Cure and to ask for donations. Zhang said that the campaign not only brought in thousands of dollars in donations but also helped FFTC spread the word about the impact of Dragonfly.

Ultimately, the adaptability of the committee was what allowed FFTC to be so successful, even in an abnormal year. “I think another key contributor to our success was that committee members weren’t afraid to experiment with never-been-done-before fundraisers,” Zhang said.

This year’s Fashion For the Cure was far from what senior committee members expected for their final year, but their continued dedication allowed them to still make an immense impact.

“I am really proud of how much we raised without a show. I am glad we were able to get so much for the kids because their lives are crazy without COVID, let alone with it,” said Maya Berry, 12, an FFTC committee member.

Zhang agreed, expressing her pride for the effort she and her fellow students put into their fundraising and designing efforts.

“I’m immensely proud of the committee for staying dedicated to the cause throughout the year and I was blown away by the sheer talent and creativity of this year’s designers,” Zhang said.

The pandemic may have put a stop to many things, but the drive and passion of FFTC and all of those involved is not one of them.