Evaluating the lack of motivation in our senior class 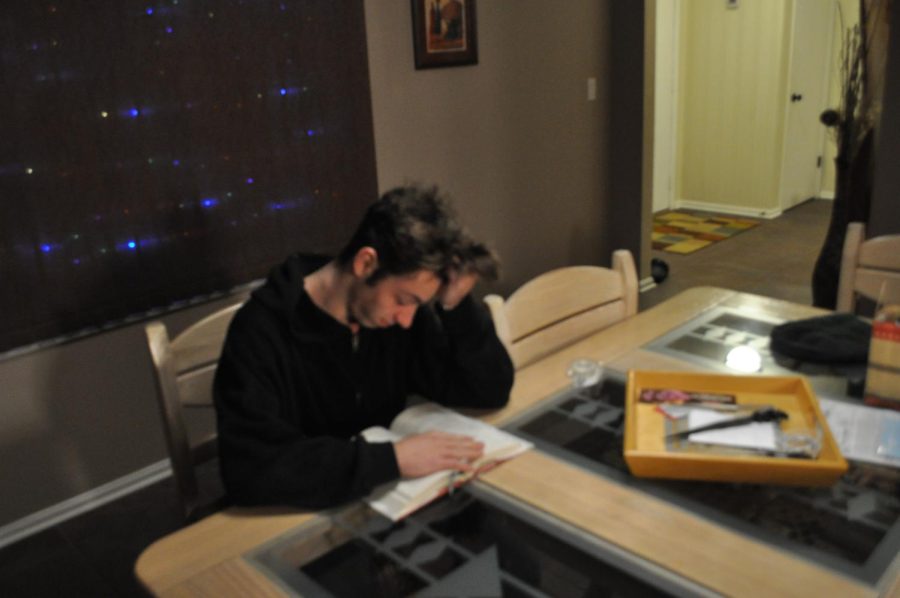 STRUGGLING WITH STRESS. Seniors with the illness often claim to be under extreme stress. It is important to take time to relax in order to keep yourself healthy, both mentally and physically.

Senioritis (sēnyəˈrīdəs) is a condition that affects many high school seniors. Those that contract the illness complain of a lack of motivation and an overall lack of desire to gain knowledge. Some other symptoms include doing assignments right before the due date, experiencing issues leaving the house in the morning, and constantly complaining about their classes and all aspects of school.

Personally, I do not see how this infection can manifest. I see it as some kind of enigma. In order to gain a better understanding of the origins of the illness, I consulted a patient of mine, Noam Rochman, 12. He gave me an insight into his disease—an insight that left me with more questions than answers.

Rochman explained that Senioritis manifests due to the issue that seniors who have already been accepted to a college should not have to deal with the rest of the school year since it does not matter anymore. This is consistent with the notion that severe Senioritis occurs in the second half of the school year.

However, this analysis is not consistent with many other facts. It should be noted that, if a student were to fail the second semester of their senior year, the college may reject their admission or the student will be unable to graduate.

Also, in the grand scheme of things, it is strange to struggle with tasks that are menial in the mind’s eye. Throughout our entire lives, we will have to struggle through things that we do not necessarily want to do. Taxes need to be filed, long distances need to be driven, people need to be taken care of, bodies need to be exercised, and work has to be done. Tasks do not become more motivating after high school, some would say that quite the opposite occurs as we get older, so there is no better time to practice than the present

Perhaps this disease is one that is hard to fight. It is possible that many seniors cannot make it through the rest of the year on their own. Perhaps we should band together, educate together, struggle together, and triumph together to beat this plague once and for all.