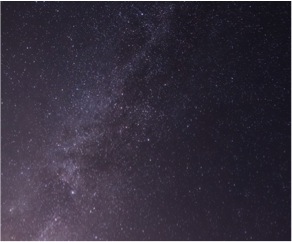 This is a cunning picture of the night sky. NASA has sent tons of hi-tech equipment up into space. Pictures from cameras mounted on the equipment are evidence that black holes do exist.

Black Friday shoppers, do you ever get the feeling that you’re being sucked in to a certain store to get a great deal against your control, quickly plummeting to a dark, cold place?

“I get this feeling every year on Black Friday. It’s like the low prices and great bargains at stores suck you in to buy things,” sophomore Grace Mather said.

It could be that feeling after you snatch the last toy off of a shelf away from a child. Or it could be a black hole.

“I actually saw this on twitter this weekend and I liked it. Kudos to NASA for making Black Friday even better,” freshman Zachary Berger said.

“I played the game and it was really fun. I like the idea that NASA was able to incorporate an interactive feature to Black Hole Friday,” Berger said.

NASA defines a black hole as “a place in space where gravity pulls so much that even light cannot get out,” where “the gravity is so strong because matter has been squeezed into a tiny space.”

The space agency also posted some fun and less-known facts about black holes: For example some scientists believe that the smallest black holes are the size of a single atom. It is also possible for two back holes to merge into one.