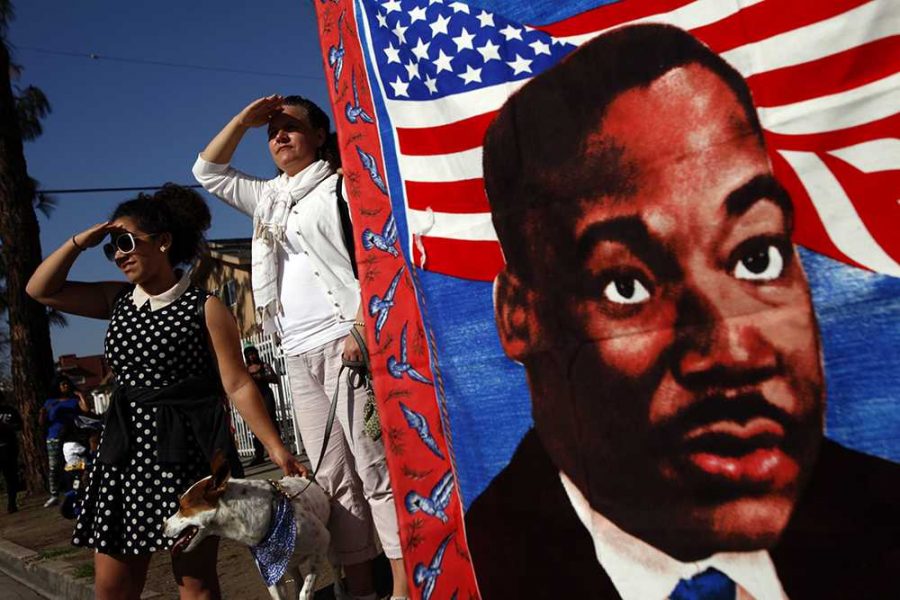 Martin Luther King has shaped and completely redefined American society. He battled racism and discrimination in the 1950s and 1960s, and forever altered the course of our country. He epitomizes his own quote, “The ultimate measure of a man is not where he stands in moments of comfort and convenience, but where he stands at times of challenge and controversy.”

As Martin Luther King Day reminds us, the contributions and struggles of the African- American community is a significant part of American identity.

Their contributions and and extensive influence makes African-American history month a perfect time to acknowledge some of the greatest leaders and innovators of our time.

Many facets of American culture has been strongly influenced by African- American history. One prime example is the homegrown genres of music, like Blues and Jazz.

From Ella Fitzgerald to Winton Marsalis, rich musical history has become part of the American cultural identity, and has inspired many many other genres including rock.

According to PBS, “Jazz’s knock-on effect was further seen in rock and roll’s development in the United States… Rock’s popularity quickly spread around the world, with groups such as the Beatles and the Rolling Stones often crediting… blues for their inspiration.”

The Blues has deep roots originating in the South. It was developed within slaves in southern Mississippi plantations, and eventually evolved to influence the birth of jazz, R&B, and rock.

Music was a reflection of first the struggles borne by the slaves in the 1800s, and carried on throughout the 20th century, constantly evolving to Folk, Gospel, Blues, Ragtime, Jazz, Rock, and more recently Hip-hop.

According to About.com, “Many of the songs that have come to be synonymous with struggle, empowerment, human rights, and perseverance have come from the African-American community.”