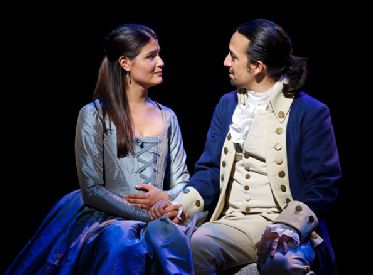 Music is a powerful force in our world. It can influence people and spread a message like nothing else can. The new Broadway musical Hamilton fits this description perfectly.

Recently, Hamilton has released a casting information notice confirming that they will only accept non-white actors for auditions for the touring cast. Although this has incited protest and potential lawsuits, the decision is leading the way to equality in the performing arts.

Racial discrimination in not new in the world of theater. Roles are often assigned for a “certain type” of people and others, often minorities, are left behind in the process.

To me personally, the musical is starting a new era in the representation of minorities in the US. As the daughter of immigrants and a holder of passports from three continents, this musicals rewrites the history of of country in a way that truly represents the people.

Lin Manuel Miranda, creator of Hamilton, said to CNN, “It looks like what you see when you get on the ‘A’ train to go to work. It is created to eliminate any distance between the contemporary audience and the story.”

This is why Hamilton is written in such a groundbreaking way. By providing opportunities for minorities, the cast is a better representation of America today.