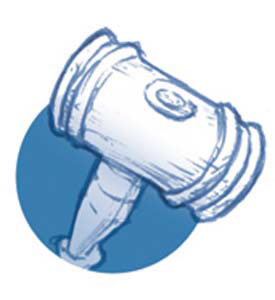 Hamilton County Prosecutor Joe Deters releases decision to retry Ray Tensing for murder and voluntary manslaughter on Nov. 22. For the new trial, there will be a new jury and judge (Judge Leslie Ghiz). It is yet undecided whether the second trial will take place in Cincinnati again or elsewhere in Ohio as the prosecution is requesting.

Following a mistrial with a hung jury, Cincinnati may find itself starting all over again.

Former UC officer Ray Tensing’s initial trial took place in November. He was charged with murder and voluntary manslaughter for shooting unarmed driver Samuel DuBose at a traffic stop in 2015. The trial has been an important issue for Black Lives Matter in the city.

Tensing’s defense argued that he shot to protect his own life, as he testified to perceiving being dragged by DuBose’s vehicle once the situation escalated, whereas the prosecution, led by Hamilton Country Prosecutor Joe Deters, argued that the shooting was not legally justified and that the ex-officer was not in danger.

The hung jury consisted of eight who felt Tensing was guilty of voluntary manslaughter and four who felt he was guilty of murder, and a consensus was not able to be reached.

A charge of voluntary manslaughter is used for a killing in a fit of passion or rage, as in when a person thinks they are in danger, and would get a sentence of three to eleven years. Murder would indicate a purposeful killing, with a sentence ranging from 15 years to life in prison.

“I don’t think he killed the man out of hate…so I hope he won’t get life. But personally killing is never okay, so maybe some time in jail isn’t too bad,” said Quinn Rile, 11.

Following, prosecution had until Nov. 28 to decide on how to proceed with options ranging from a retrial to a plea deal to dropping the case completely.

Deters ultimately moved up the date of his decision to Nov. 22 and decided on a retrying the case with the same charges. This had been the date set for the AP US History’s field trip to the Main Library in downtown, however the trip was cancelled for fear of safety issues after the release of the decision.

“I think that it’s Sycamore’s job to take care of its students. To me, safety comes first, and assignments come second. [Mrs.] Nimskern also moved back our homework, so it worked out fine,” Rile said.

A retrial of some sort was generally anticipated, but jurists across the country agree that is is difficult to convict a police officer of murder.

“I am hopeful that a second jury will be able to reach a decision to bring justice in this case for the victim’s family and our community,” Deters told CNN.

Both sides held firm in their original positions, and thus the case will start again with a new jury and a new judge.

A new judge is not a necessity in retrials, but the previous court of Judge Megan Shanahan decided a completely blank slate was appropriate, and she recused herself (excused herself from the case).

Soon after, both Judge Tom Heekin and Judge Beth Meyers recused themselves as well. Heekin had previously given legal to aid to one of DuBose’s sons in a separate proceeding related to the death, and Meyers will begin serving as an appellate judge in January. Currently, the case is assigned to Judge Leslie Ghiz.

Ghiz will have to decide on whether to allow the case to be held elsewhere in Ohio as the prosecution wishes. Deters expressed concerns about the local pressure on a jury in Cincinnati. Defense attorneys typically request changes in location for fair trials, but Tensing’s attorney is currently leaning against one.