CClimate change is an issue that is increasingly being discussed. Recently, reports of the dangers of climate change have consistently been a concern of environmental scientists. However, due to political matters, climate change continues to be a debated issue.

“I don’t think a reasonable person can look at the data and the obvious signs of climate change and deny it is occurring. Instead it comes down to making it a chief responsibility, looking at the economic cost, making an effort to try to reverse or slow down the negative impacts land looking at the consequences of not responding to climate change effects,” said Mr. Robert Seiple, AP environmental teacher.

Making it a main responsibility in all people’s eyes is not something that can be changed overnight. It takes educating the public on the possible harmful effects and paying attention to the world.

“Climate change is a part of a suite of issues that are defining issues of our time. These are things that will fundamentally change how we live on this planet and perhaps even if we survive on this planet,””

Furthermore, people must weigh whether they would rather have short-term economic success or long-term health.

While producing energy through nonrenewable resources might be more economically efficient, it has long-term environmental impacts that devastate the land, water and air on earth.

The importance of trying to reverse or even slow down the process of global warming is demonstrated in the consequences from which the world is already suffering. With ice caps melting, temperatures drastically increasing, and sea levels rising, actions need to be taken sooner rather than later.

“This issue is considered differently to each individual since it is based in our values-our attitudes, which have been shaped by [the] people and experiences in our lives,” Seiple said. 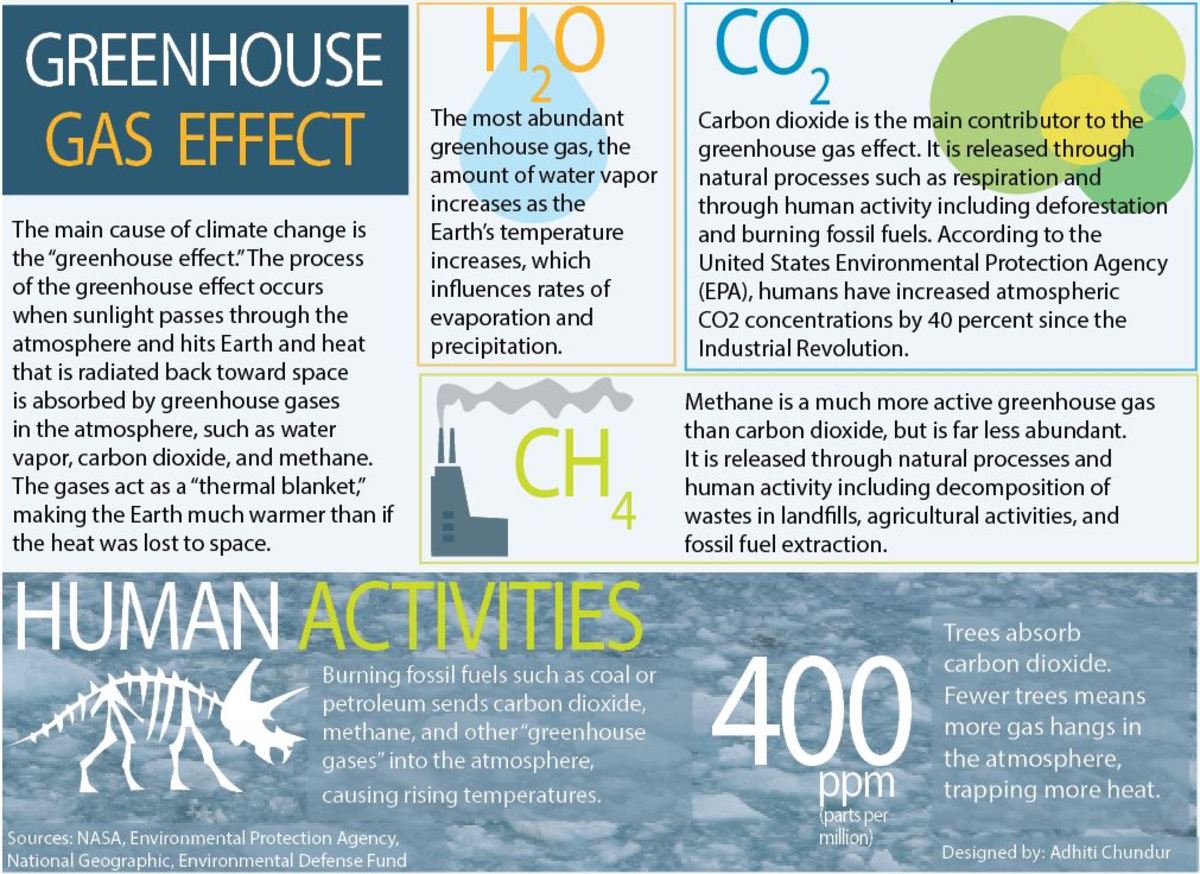