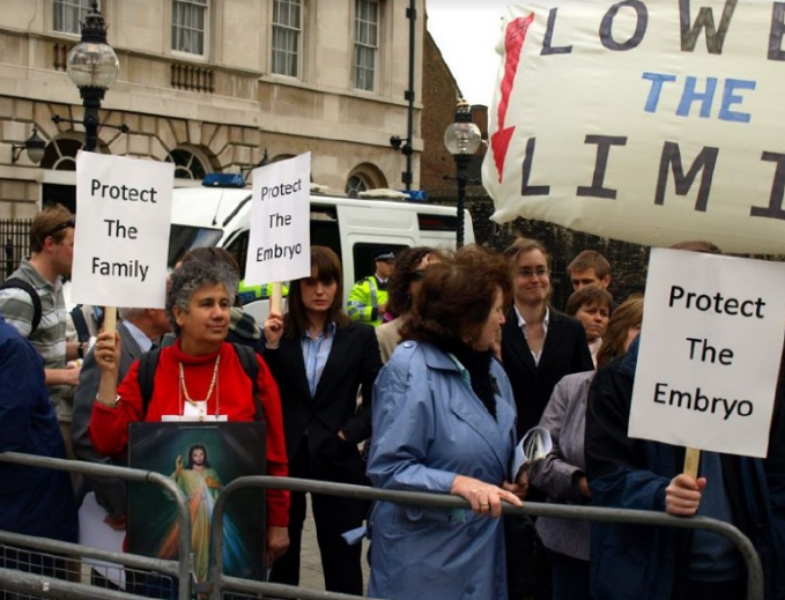 The heartbeat law prevents women from having an abortion once a heartbeat is detected, which is typically around the five or six-week mark.

This law is now being considered “one of the most restrictive abortion laws in the country,” as many women may not know they are pregnant in that amount of time. The law does have an exception if the mother’s life is in danger, but there is no exception for rape or incest.

Last December, Ohio faced a crisis of trying to pass a bill in the 11th hour as the session ended. The bill was roughly the same as the one that was signed into law on April 11 by Governor Mike DeWine. To find more about the first heartbeat bill click here.

Ohio has just sent their contest to Roe v. Wade: a heartbeat law. Outlawing abortions at five to six weeks (when a heartbeat is detected), is “before many women know they’re pregnant,” according to NPR.

While the government has a compelling government interest to regulate abortions, abortions will not end if they are illegal.

That is precisely what this law does: it cuts the timeline so close it almost outlaws all abortions. At six weeks, when the heartbeat is generally detected, women will only have a few weeks to make an appointment at an abortion clinic before the law forbids it.

Assigning personhood and personal rights to unborn babies will be a grave mistake—it will put women who have a no-fault miscarriage under suspicion of murder. Early pregnancy loss occurs in ten percent of known pregnancies, according to the American College of Obstetricians and Gynecologists. Will we put these women under the microscope for murder?

There are also more ways to get an abortion than going to a clinic and facing the emotionally and physically painful procedure, but all the rest carry more risks of endangerment to the woman’s life.

While the “abortion pill” can be safe and effective, it relies on the woman to take the doses properly, which may add risk if the woman did not consult a doctor. If a woman takes the wrong dosage or even the wrong drug she is “is likely to wind up in the emergency room, bleeding,” according to the New York (NY) Times.

These medical abortions (abortions by pill) are not available worldwide and expensive, which leaves the old stalwart that will not go away: coat hanger abortions.

These are not absent even when abortion is legal, as the procedure can be expensive for impoverished women (or women believe they are and go alone instead). A coat hanger abortion is also called a self-induced abortion, which is when someone blindly shoves an unsterile coat hanger up her vagina, hoping that it will terminate the life growing inside her.

According to OB/GYN and a pain medicine physician Dr. Jen Gunter, “the end [of the coat hanger] is sharp not tapered so it can lacerate and perforate. Getting any instrument through the cervix safely also requires visualization and knowledge of the correct amount of force.”

If the woman punctures her bowel, she will die in three days unless she seeks medical attention for her illegal abortion, according to Gunter. Numerous other possibilities could lead to severe complications, all difficult to read.

“Where abortion is illegal, black market access to the drugs has resulted in significant decreases in complications and deaths,” according to the NY Times.

Women should not have to face these options. They should be treated with care and respect when they make one of the most significant decisions of their life.

Even if one’s religion or morals conflicts with having an abortion, that does not give one the right or prerogative to restrict other’s access to abortion. While it may not set with lawmakers set of beliefs, it does not mean they should violate the law and risk women’s lives in such dehumanizing ways to push one’s own agenda.

Lawmakers save lives of the unborn

As reported by radio.wosu, Governor of Ohio Mike DeWine said, “The essential function of government is to protect the most vulnerable among us, those who don’t have a voice… government’s role should be to protect life from the beginning to the end.”

The heartbeat law does something I believe our government needs to do more of— protect those who are unable to protect themselves.

As mentioned above, with this law women have roughly until the six-week mark to determine if they are pregnant and decide if they would like to have an abortion.

This law, rather than the heartbeat bill, allows the use of tools to help women find out if they are pregnant even sooner. “…the Ohio House version allows for the use of transvaginal ultrasounds to detect a fetal heartbeat even earlier in a pregnancy,” according to NPR.

That being said, I do believe that either way, a beating heart is a beating heart. Thinking of all the unborn children, I would assume every one of them would choose life, not death.

I understand that not every situation that results in pregnancy is consensual, and I am in no way condemning rape, incest or anything of the sort.

Despite the circumstances, every single time it is true that if the pregnancy continues and progresses in a healthy way, a human being will develop— nothing else.

Further, less than one percent of abortions nationally are performed due to rape.

The top two reasons for not having a baby? 25% of women claim that they are not ready for a child, and 23% say that they cannot afford a baby.

In my opinion, these reasons do not outweigh the value of one’s life. Whether the baby is fully developed or not, it has the potential to be, and that potential child deserves the chance at life.

Looking at the top two reasons behind abortions, both seem pretty preventable— if you are not ready to have a baby, you might not be ready to have sex.

This law can seem strict, but the fact that life is created and ended in itself is serious. Today, we live in a “hookup” culture, which changes how our society views sex.

No matter your take on it, sex can result in pregnancy. This law takes the stance that life is more important than any circumstance or situation, which I stand behind.

At the end of the day, life is life. A beating heart is an indicator of life, and this law strives to protect all of the babies behind the little heartbeats that cannot ask for themselves to get the opportunity to live.

The heartbeat law is protecting the lives of the innocent children who do not yet have the voices to speak for themselves, which I support.