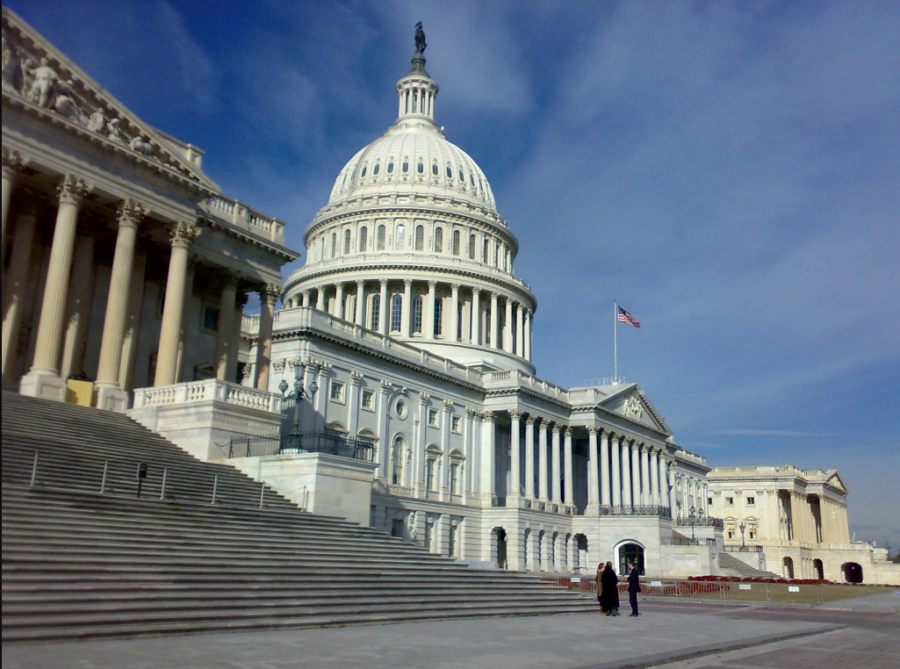 THE THIRD STIMULUS PACKAGE. Over a year has passed since the COVID-19 pandemic first reached American soil, and since then, economic havoc has been wrought over us all. Now, almost two months into the Biden administration, the nation is watching as the campaign promise of another round of aid is reaching Congressional floors. On February 27, 2021, the House of Representatives passed a $1.9 trillion stimulus package, voting on close party lines at 219-212 in the favor of Democrats in order to pass the controversial bill. Now we wait as the legislation enters the Senate chambers, and the future of the stimulus package is decided. Learn more about the actual contents of the package, when we might see it pass, the minimum wage deal tied alongside the ordeal, and more below!

Over a year has passed since the COVID-19 pandemic first reached American soil, and since then, economic havoc has been wrought over us all. In response to the now crushing statistics of unemployment, homelessness, and poverty in America, Congress has now passed two stimulus packages to help assist individuals and businesses across the country.

Now, almost two months into the Biden administration, the nation is watching as the campaign promise of another round of aid is reaching Congressional floors. On February 27, 2021, the House of Representatives passed a $1.9 trillion stimulus package, voting on close party lines at 219-212 in the favor of Democrats in order to pass the controversial bill.

While Democrats currently hold a majority in both the Senate and House, that margin is very slim. In the Senate, the split is 50-50, with Democratic Vice President Kamala Harris acting as the tiebreaker, meaning that any moderate Democrat that deviates from the party could bring any efforts to pass the bill crashing down.

The stimulus package itself was created through a process called “budget reconciliation,” where Democrats are allowed to bypass the need to negotiate the terms with Republican colleagues, unlike the two previous aid bills passed in 2020.

This process may make it easier for politicians to push the legislation through Congress, but it does limit the types of provisions within the bill, for example, the minimum wage raise act that passed through the House. The Senate Parliamentarian, Elizabeth MacDonough, whose job is to make sure that the Senate’s proceedings are in line with the Constitution and its parliamentary limits, declared that the minimum wage hike to 15 dollars could not continue on to the Senate within the rest of the stimulus package. Progressives were disappointed by this disruption, but still have hopes for alternative future initiatives.

As the stimulus package has successfully passed through the House, Senate Majority Leader Chuck Schumer will now be able to present the bill to the Senate floor as early as March 3, 2021, where a customary 20 hours of debate will ensue before voting can begin.

During the debate and the ensuing legislative process, Senators will make alterations to the many provisions as is the norm, and if the changes are severe enough, the entire bill will have to pass through the House of Representatives again. Or, if the Senators deem it necessary, a joint council will have to renegotiate terms that both parties will agree to and the bill can proceed to the president’s desk.

So until then, here are a few things to keep in mind while we watch this process begin.

What is actually in the package?

Since early on in his campaign, President Joe Biden has called for more extensive stimulus packages to support the American public, and this $1.9 trillion bill is the current sum of his efforts to implement his ideas. Biden pitched this bill as a part of his larger plan to revitalize the American economy and support average Americans across the country and is determined to push Congressional members to pass the legislation, even if many are reluctant to do so. The enormous cost of the initiative worries economists and Wall Street analysts, but currently, the Democratic approach has shown a preference for injecting too much money into the economy rather than too little in such desperate times.

Democratic leadership has championed this package as a necessary tool to shore up American vaccination efforts and desperately needed support for the millions suffering through the unemployment crisis. Republicans, on the other hand, have objected to the high price tag and the usage of stimulus checks, measures many Senators have vehemently opposed.

Only two members of the Democratic Party crossed the aisle and voted against the bill with the Republican block in the House, and some moderate Democrats in the Senate could potentially capsize the entire effort by voting from a more conservative point of view, further incentivizing Democratic leadership to appeal to their interests.

Whether or not the Senate will pass the bill remains to be seen, but in terms of the actual content of the stimulus bill, according to CNBC, “The House plan includes:

While there is no official deadline to the implementation of the stimulus package, Democrats are working their hardest to elbow the bill through before March 14, 2021, the day that unemployment benefits set up by the last two stimulus packages will expire. If negotiations cannot be finalized before then, millions of Americans will be at risk of food insecurity, looming evictions, and further job loss, among many other terrifying issues. So, the goal right now is to push aside useless political jockeying on both sides and prioritizing the American population.

While the stimulus package may have passed the House with a 15 dollar minimum wage provision, Progressive hopes were dashed when Senate Parliamentarian Elizabeth MacDonough declared that the provision could not be included in the limits of budget reconciliation. While some are outraged and have demanded that the Vice President execute her powers in overruling the Parliamentarian, the White House has firmly denied any intentions of doing so.

So is all hope lost? Not quite.

While the bill may not be a part of the stimulus package, some proponents of the cause, like Senator Bernie Sanders, are still trying to implement other measures. In this case, Senators are considering a fine on major corporations who do not pay their employees a 15 dollar minimum wage, potentially quelling arguments from small businesses unable to support higher costs.

Another potential revival of the 15 dollar minimum wage effort has also been considered outside of the stimulus package, with a recently introduced proposal from the Biden Administration known as the Raise the Wage Act. This Act has yet to have been voted upon within Congress, but proposes a staggered hike of the minimum wage over the next four years, eventually reaching 15 dollars in 2025.

So, even if the stimulus package fails to include any legislation that specifically targets the 15 dollar minimum wage goal, there are still other options to consider, and Democrats in both Houses have said that they will still aim to implement a minimum wage increase at some point in the (hopefully) near future.