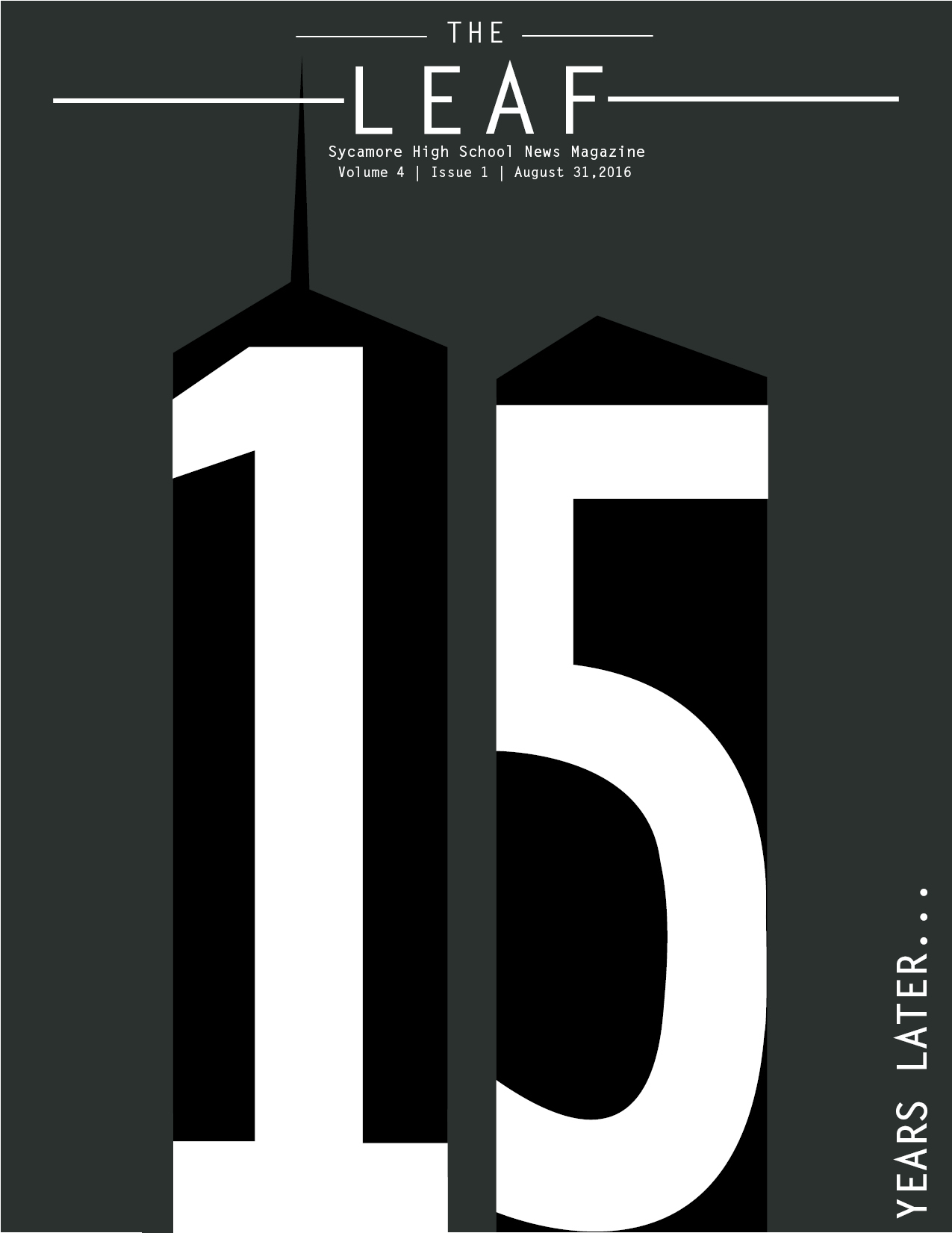 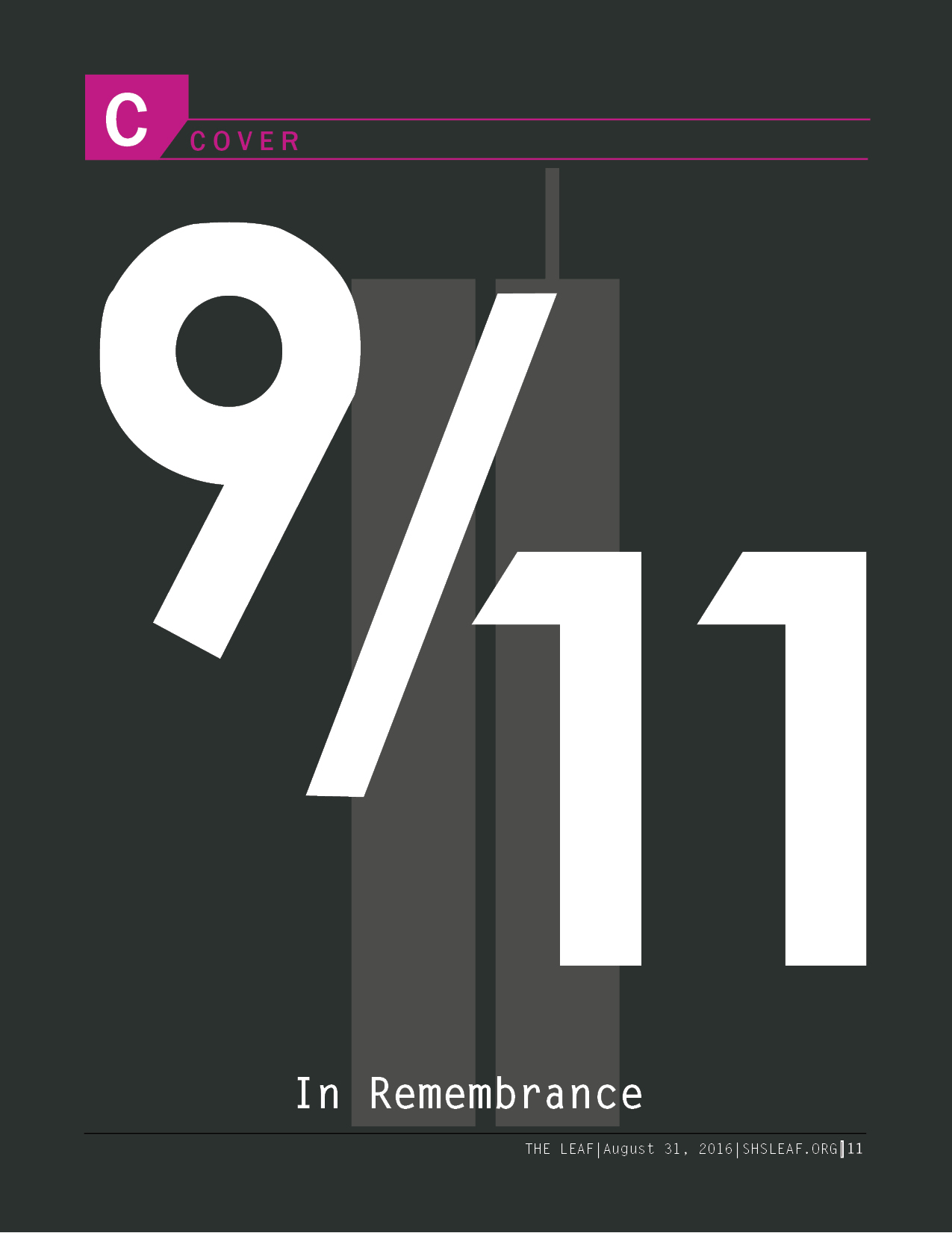 Former athletic trainer, Perry Denehy was a firefighter who could relate to those firefighters who ran into the burning world trade center on 9/11.

The terrorist attack lead to 343 New York firefighters passing away. It was the largest loss of a group of firefighters in one day in American history.

Denehy said, “To see how many firefighters lost their lives for others was the ultimate sacrifice.”

Denehy raised money from people at SHS and used it to help those who were impacted by the attack. He then traveled to New York and hand delivered the check in order for it to be used wisely.

When he worked at SHS, he would share a personal video from his time in New York to educate students and keep the event from being forgotten.

Denehy said, “It is important to both share personal viewpoints and also listen to the student’s experiences.” 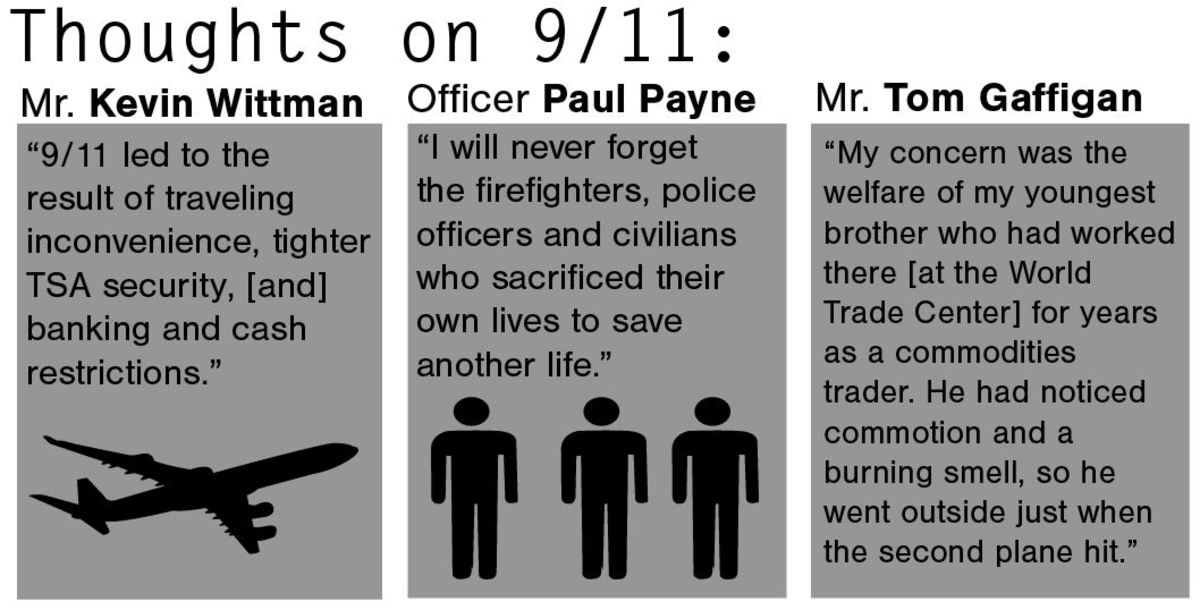 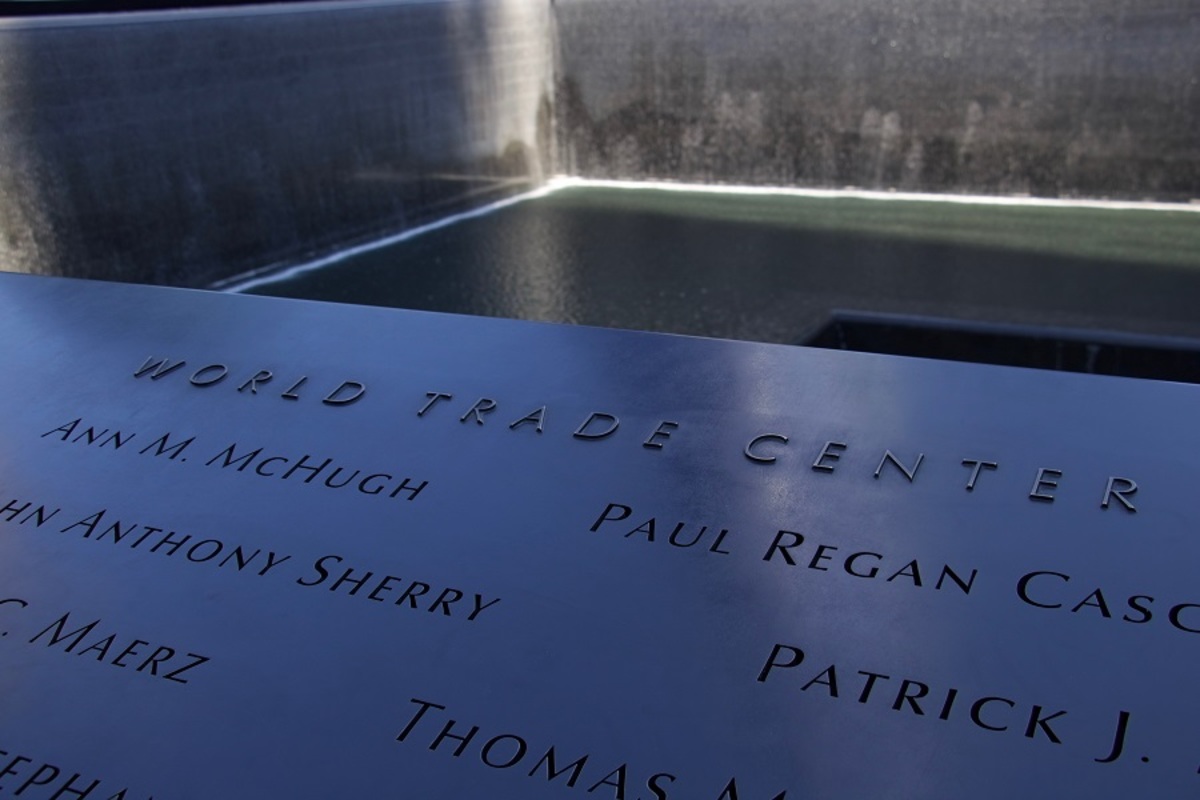 Walking into the 9/11 Memorial and Museum was an eye-opening experience that sparked my patriotism.

I was only two when the Twin Towers collapsed. I remember nothing about it; stories are the only way I can understand that fateful day in American history.

After exploring the museum and revisiting a few of the worst hours in American history, I was able to see how terrible that day truly was and why the aftermath was so drastic.

In the summer of 2015, I went to New York City to visit my cousin, and, as an American citizen and history lover, one place I planned to see was the 9/11 memorial and museum.

What surprised me was how many people wanted to see it. I thought that adults would not want to relive that horrific time in their lives, granted the museum had opened only month earlier.

Not only was there an hour long line, there were people from all over the world (The people in front of me were from Eastern Europe).

I realized that they too wanted to learn about an event that has affected the entire world.

The museum was at its best in providing minute by minute record of what happened, with time-lines across the walls.

It also brought the tragedy to life by showing victims’ belongings, remains of the building, phone calls, pictures, and live television broadcasts.

A particularly emotional room was the one where victims’ final phone calls were played. You could hear the terror in their voices, and observers shed plenty of tears.

Although I do not remember that day, I was able to relive it.

That day, I also heard two speakers who were on the scene. One was a former firefighter and the other a former New York New Jersey Port Authority worker.

For them that day started off normally; it was their kids’ first day of school. That is, until they were called to Ground Zero.

These heroes saw colleagues die. A place that the Port Authority worker ran was in shambles. The firefighter helped rescue the last survivor in the building.

They saw two beautiful buildings of their beloved city reduced to rubble.

But after the cleanup in March 2002, workers decorated a beam from the building and paraded around the city to show strength of not only the city, but the country.

The room was dark and somewhat depressing, but in those two mens’ stories I heard resilience. I heard about how a nation came together in its toughest times and overcome the tragedy of 2,996 deaths. 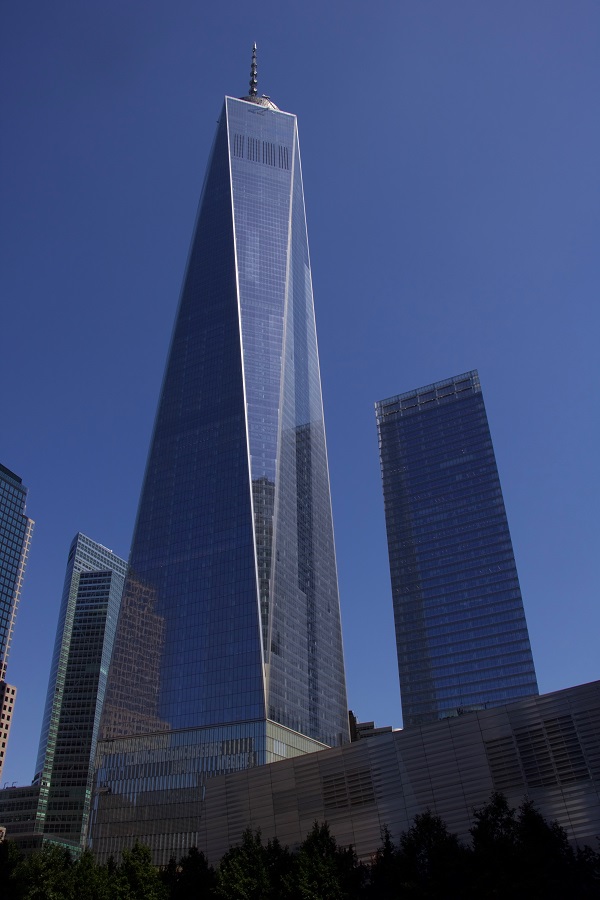 As we remember this difficult time, the most significant reminder that we should be proud to be Americans is the One World Trade Center that was built to show that no one messes with this great nation.

It was such a surreal experience to see the heartbreak of the 9/11 attacks, but it was a necessary evil which helped me become more knowledgeable on a turning point in the world’s history.

I encourage all students to, if given the opportunity, go see what happened that day and make sure we never forget.

Ask parents, relatives, and teachers where they were on September 11, 2001. Everyone has a story.

Over the last decade, paranoia, ignorance, and bigotry have generated a rise in anti- Muslim sentiment. Fear over small groups of extremists perpetuates hateful stereotypes that significantly impact all of the 1.6 billion Muslims in the world.

The rise of terrorist groups like ISIS and the increase in both “lone wolf” and organized attacks in the U.S. and Europe have created an atmosphere of fear and anxiety.

When ignorance prevails, a diverse community is reduced to a stereotype.

Perception of this group is colored by those who shout the loudest, in this case, the extremists. They simply use religion to shield their horrific and unspeakable acts of violence-but by no means do they represent the Muslim population.

In the U.S., even political leaders have publicly expressed Islamophobic and anti-immigrant views with no consequences.

From blocking Muslims from entering the U.S., to suggesting a “registry” to track them, politicians evidently find Islamophobia to be a useful selling point for their policies.

Allowing this alienation to occur sustains a cycle of ignorance, fear, and violence.”

When prominent public figures get away with anti-Muslim rhetoric and fear mongering, they legitimize this fear and manipulate people’s anxiety and ignorance to alienate a large group of people.

Allowing this alienation to occur sustains a cycle of insensitivity and violence, which is one of the reasons why it is so easy for politicians to gain support by using inflammatory language.

“We [as Muslims] need to be active in politics. We need to demonstrate that we are good citizens of this nation, and make positive contributions to the society at large,” said Yusuf Alam, 9.

In fact, according to the Pew Research Center, in 2014, the American public rated Muslims more coldly/ negatively than other religious groups.

ThinkProgress has tracked over 100 anti-Muslim attacks that have happened in the U.S. since the November Paris attacks.

Not only present in politics, Islamophobia also reaches into communities and schools. For example, last year 14-year-old Ahmed Mohamed was arrested for allegedly bringing a hoax bomb to his school. It was actually a digital clock he had built.

Excited about his project, he showed it to one of his teachers whom then reported him to the police.

A survey conducted by the Council on American Islamic Relations (CAIR) in 2015 found that 55 percent of Muslim students experienced some form of bullying.

The toxic attitudes and vitriol circulating in the 2016 political and cultural climate only serve as excuses for this unacceptable behavior.

To stop the rise of Islamophobia in our schools, communities, and governments, individuals, including students, need to educate themselves to form a more accepting society.

Alam said, “I wish more people would understand that Islam is not a violent religion. In fact, it recommends not acting with violence.” 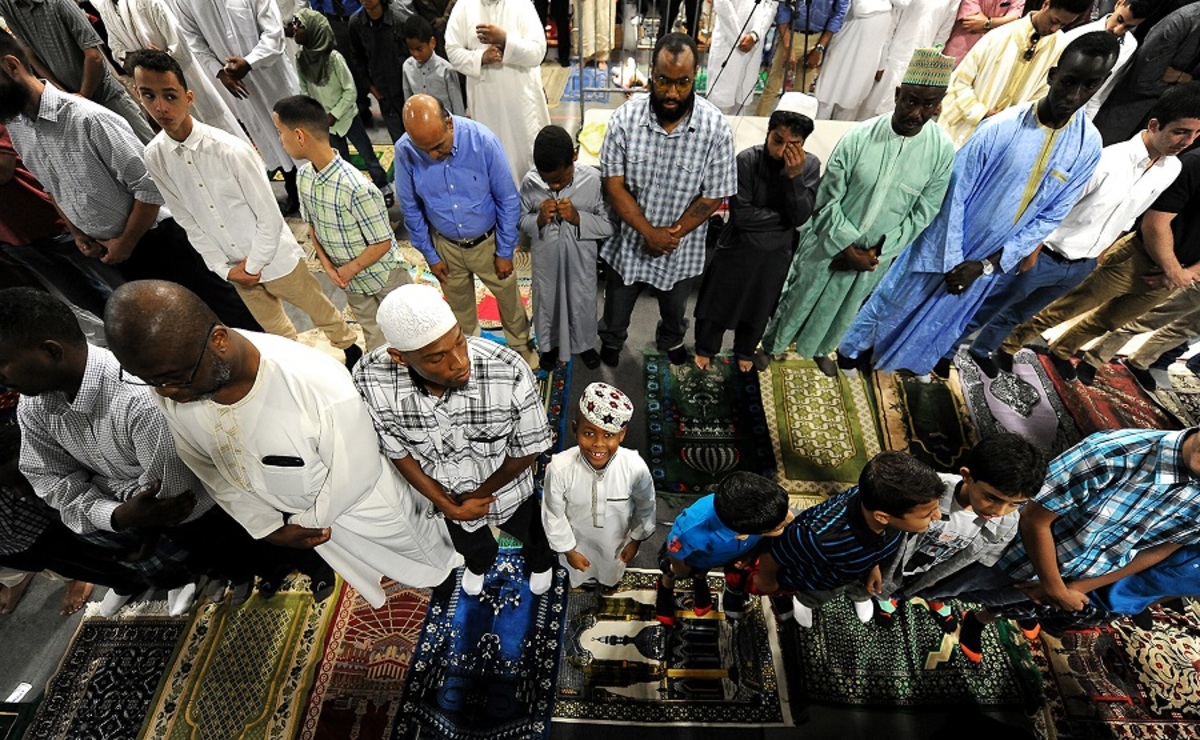